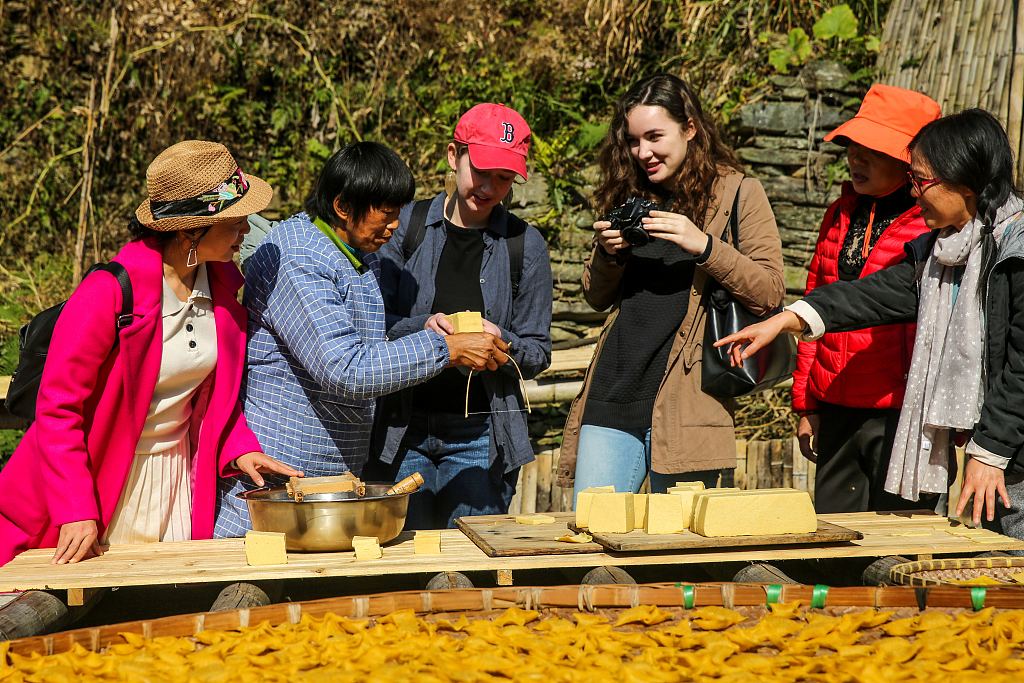 Featuring photo displays, local opera performances and a Chinese tea ceremony show inside the Oculus, a transportation hub and shopping mall of the new WTC, the event made a comprehensive presentation of the scenery and cultural connotations of Mount Huangshan.

Located in east China's Anhui Province, the mountain range is famous for its magnificent scenery of granite peaks, rocks, pine trees, sunrise and sunset amid clouds.

Travel brochures and local style cookies were handed out to passers-by, who were also encouraged to try on traditional Han Chinese costumes and have a taste of this year's fresh tea from Anhui.

Mayor of Huangshan City Kong Xiaohong told the media that more than 2.62 million foreign tourists visited Mount Huangshan in 2018, and the number of U.S. tourists is growing steadily year by year.

As a World Natural and Cultural Heritage Site, Mount Huangshan aims to attract more tourists worldwide, said the mayor, who came to New York to promote his hometown.

The event was organized by China National Tourist Office in New York and the Huangshan City.