CHINA China's move to put a technical hold in line with rules of UNSC: FM

China's move to put a technical hold in line with rules of UNSC: FM

Beijing (People's Daily) - China's move to put a technical hold on Masood Azhar's listing is in line with the rules and procedures of the 1267 Sanctions Committee of the UN Security Council (UNSC), Ministry of Foreign Affairs spokesperson Geng Shuang said on Friday at a routine press briefing. 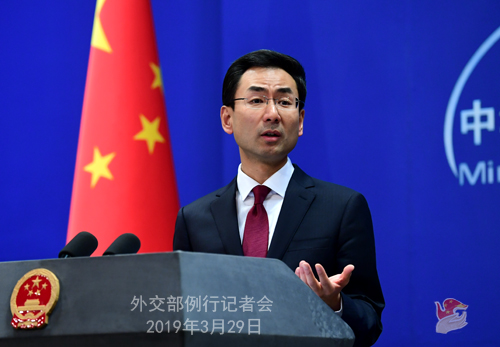 He stressed that China has put a technical hold on the request to Masood's designation to the Security Council 1267 Committee not long ago, with the purpose of a comprehensive and thorough assessment so as to give time and space for dialogue and consultations among the parties concerned.

"China has been closely communicating with relevant parties to promote a proper settlement through dialogue," Geng added. "We hope this will be a common goal of all the members of the UNSC."

Earlier this month, China put a hold on the request proposed by the US, the UK and France to list Masood Azhar as a terrorist at the 1267 Committee.