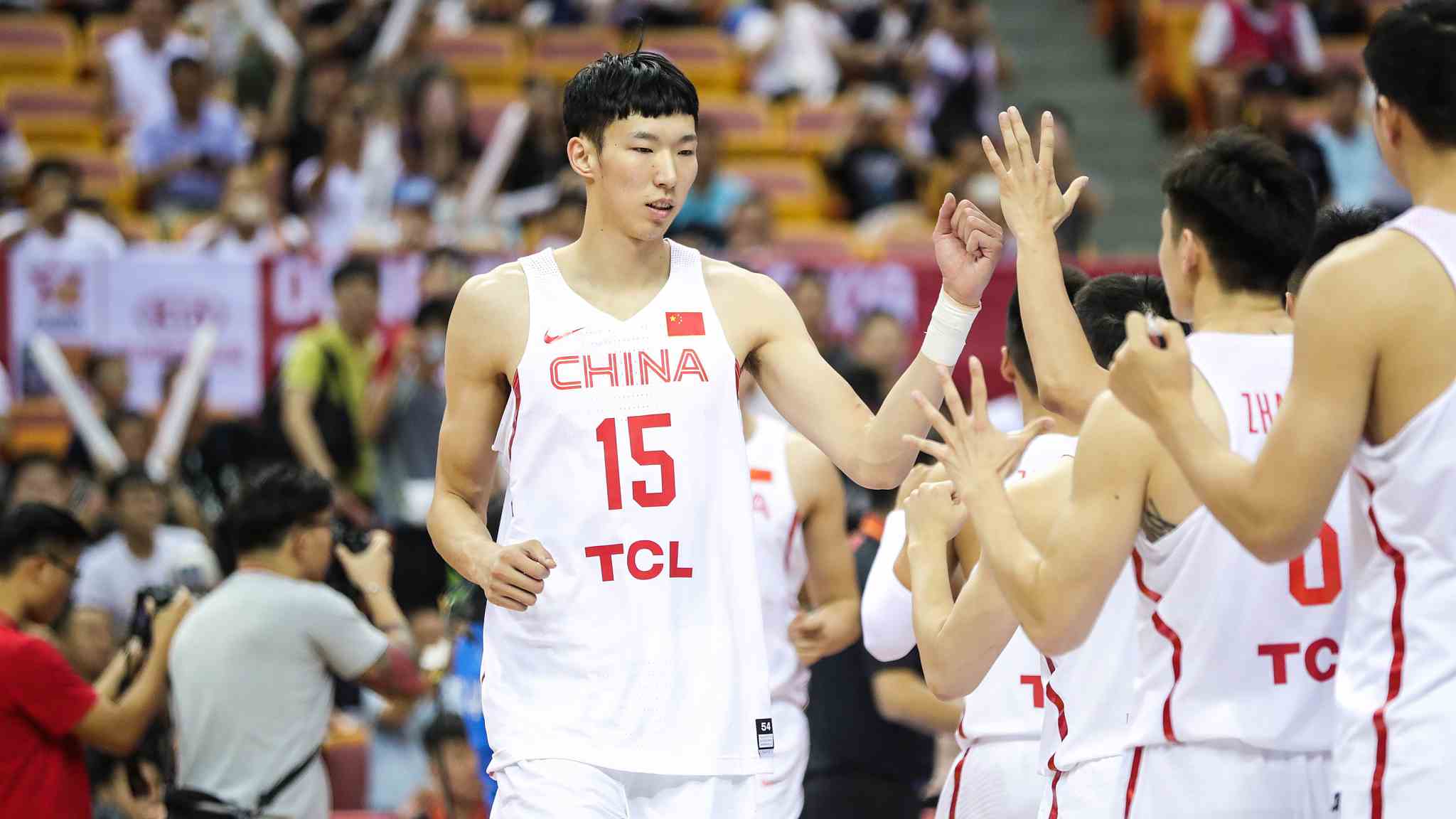 China’s national men’s basketball red team was chosen to participate in the 2018 Asian Games and their two group matches – on August 21 against the Philippines and on August 23 against Kazakhstan – will be played at the GBK-Basket Hall in Jakarta.

Key player Zhao Jiwei of Red Team was set to miss the games due to serious injuries and was temporarily substituted by Tian Yuxiang. 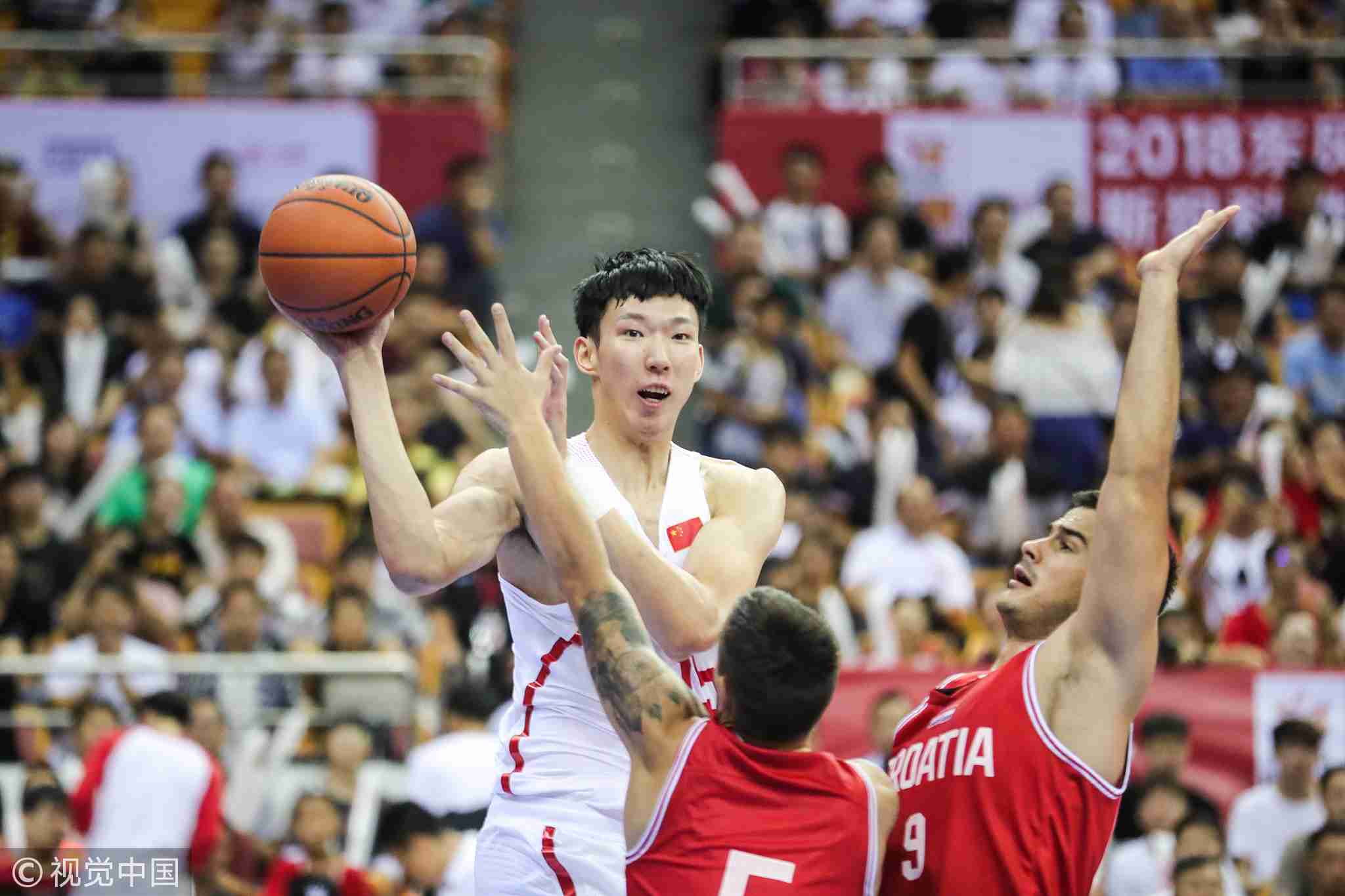 The NBA allowed Chinese players Zhou Qi of the Houston Rockets and Dallas Mavericks' Ding Yanyuhang, as well as the Filipino-American player Jordan Clarkson of the Los Angeles Lakers,  to play in the Asiad.

China's two-team policy was actualized when Yao Ming became the head of the Chinese Basketball Association.

As a part of Yao's basketball reform initiative, the national team has been split into two, Team Blue and Team Red, coached by Du Feng and Li Nan respectively. 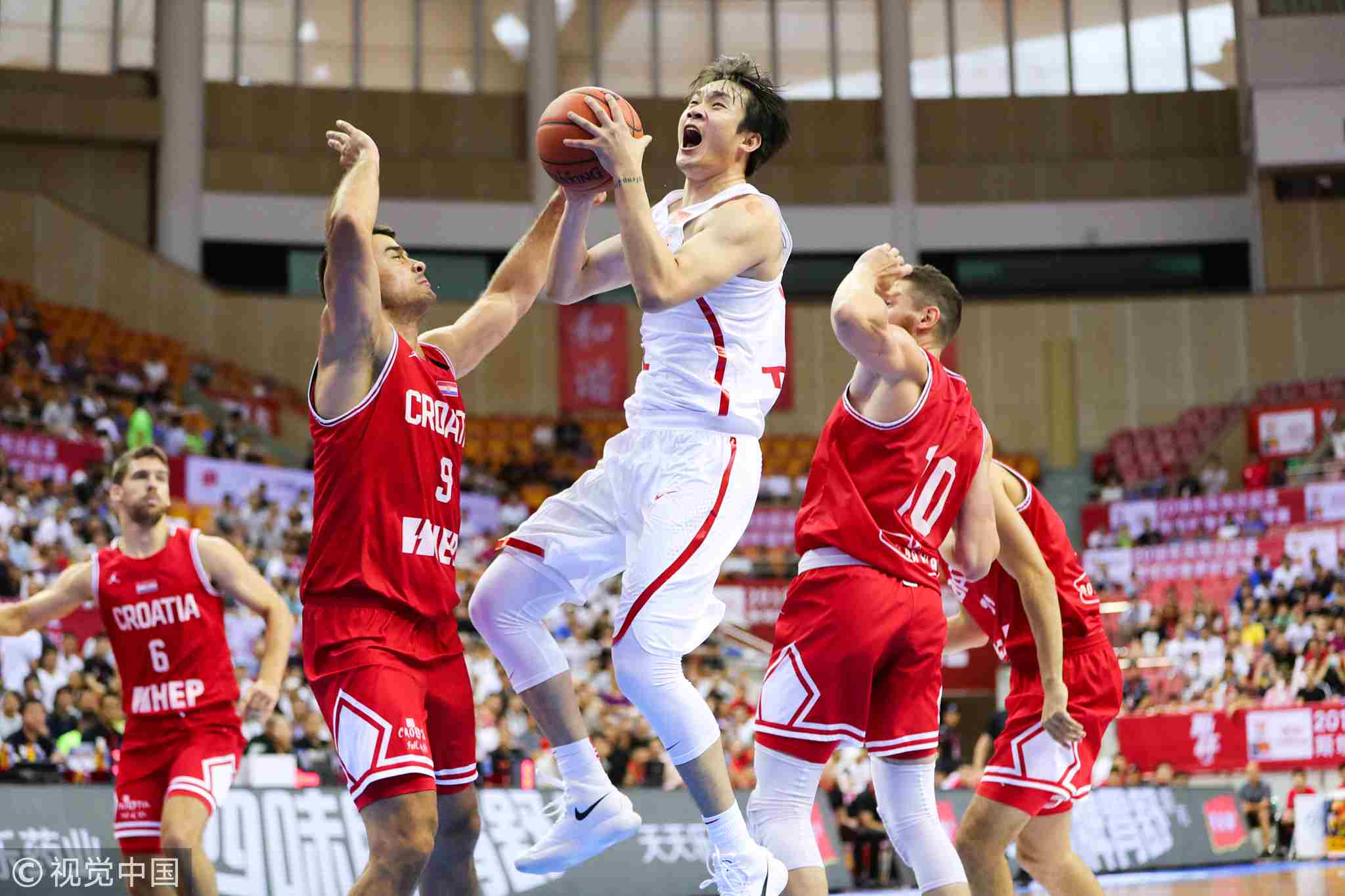 During Team Red’s matches, Zhou Qi integrated well with the team and helped them with 22 points in the match against Tunisia. But he and Ding Yanyuhang are both still injured, with Ding’s performance barely satisfactory.

The two-team policy is an encouraging mechanism for Chinese players because it allows them to keep competition awareness ahead of the 2019 Asian Cup and the 2020 Olympic Games.

This edition of Asian Games

China have been champions seven times in the Asian Games Basketball Men’s Tournament over the last 12 editions. And the 5th-place result of the last edition in South Korea’s Incheon was the worst ever for China.

This time, its most powerful rivals are the Philippines, as they have NBA player Clarkson and they beat China at the FIBA Asia Cup in Lebanon just over a year ago. 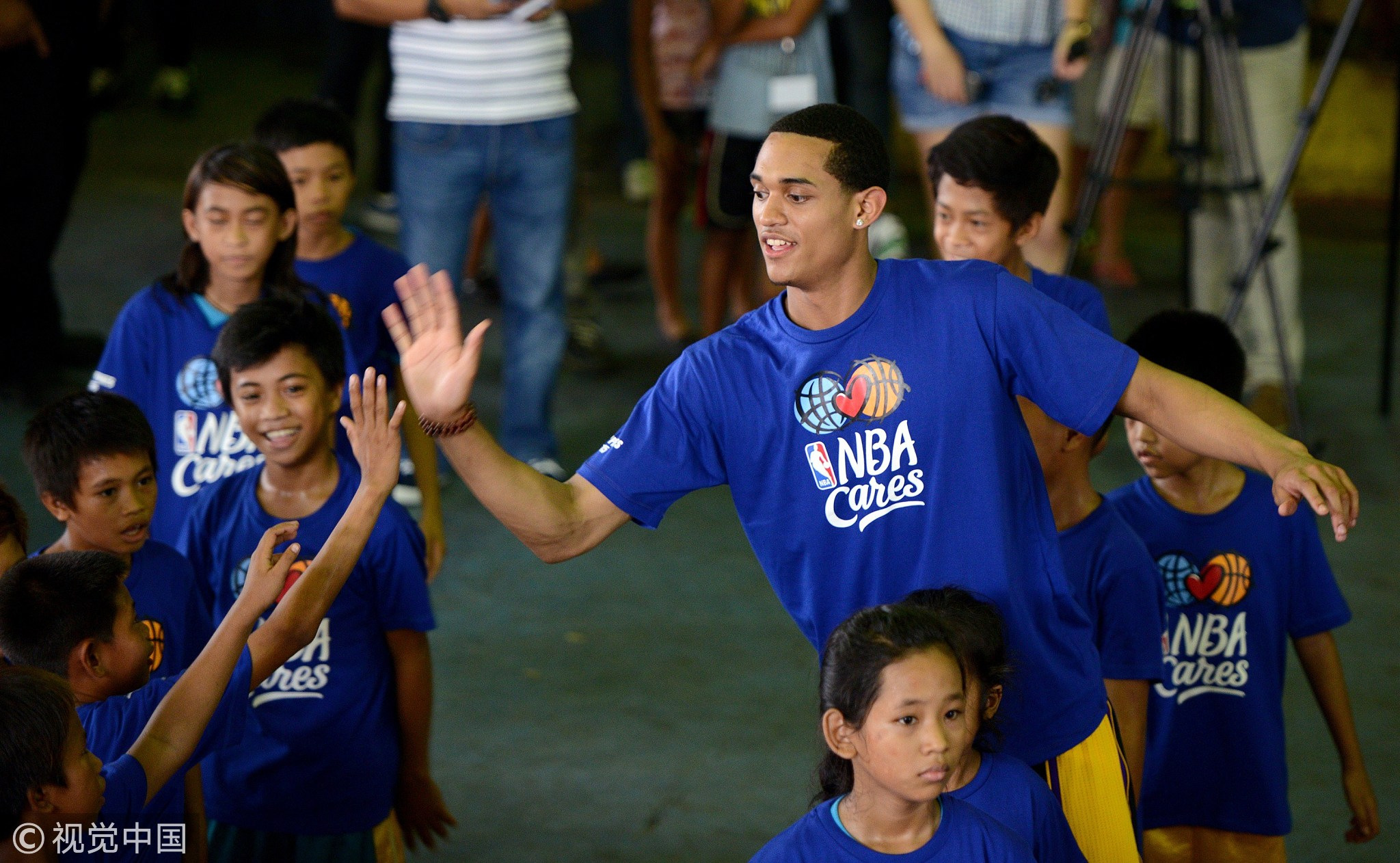 National Basketball Association (NBA) player Jordan Clarkson from the Los Angeles Lakers high-fives with children during a basketball clinic in Manila on May 23, 2015. (Photo: VCG)

But the Philippines’ team seems to have not seriously prepared for the Asian Games as they declared their withdrawal but eventually came back just before the deadline of registration.

On the contrary, China confirmed the squad list in April and decided to send Red Team rather than the Blue Team to the Asiad.

With good preparation, China’s aim is to be champions. The coach Li Nan said, “The team will fight hard and give a strong performance in Indonesia.” 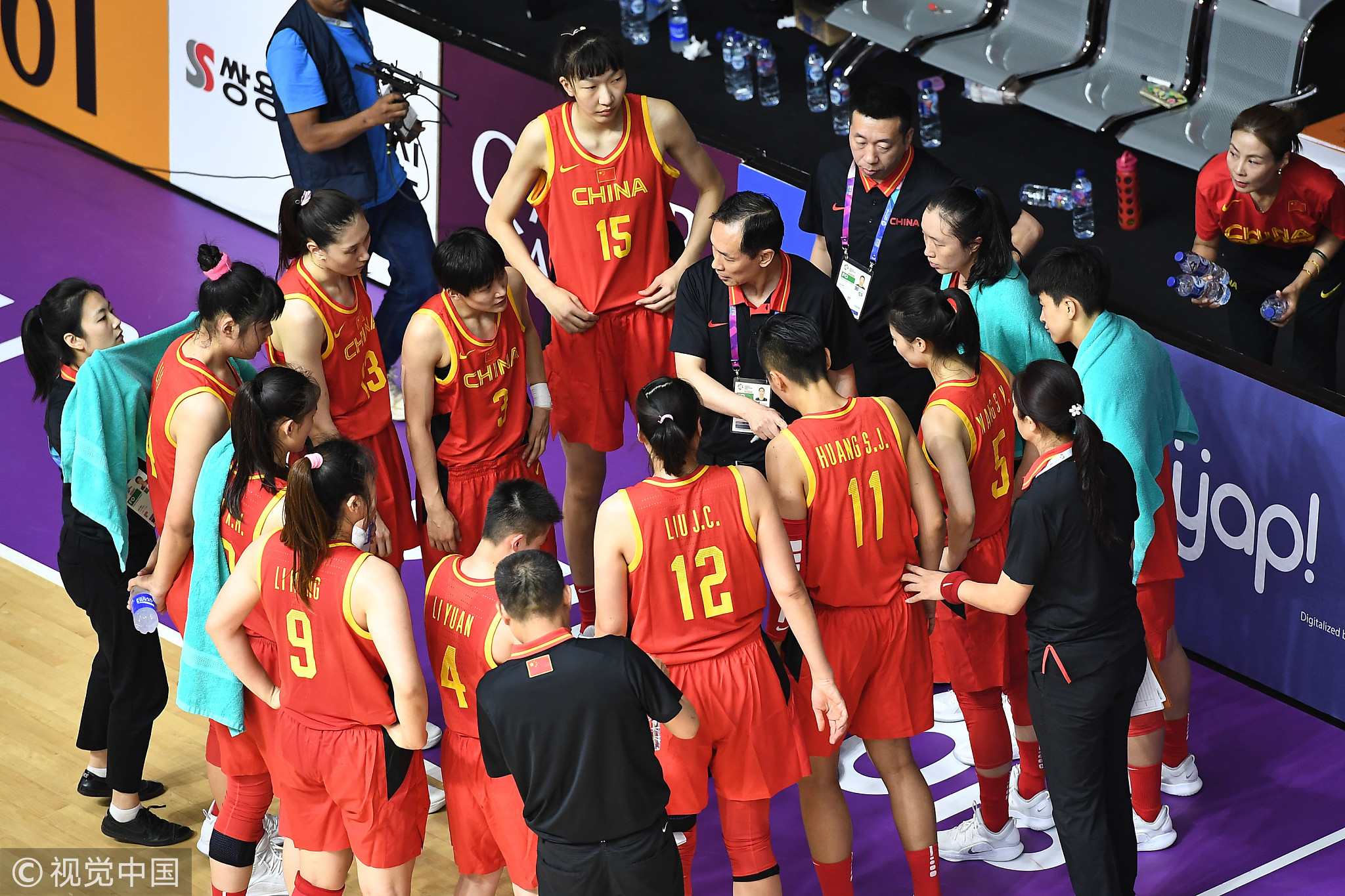 China team take time out during the Women's Basketball Preliminary round between Japan and China in the Asian Games 2018 at Hall A Gelora Bung Karno Stadium ahead of the Asian Games on August 17, 2018, in Jakarta. (Photo: VCG)

And for Group A, Chinese Taipei stay atop, with the Korea united team following.

They will meet Mongolia and Hong Kong, China respectively on August 20 and 23.