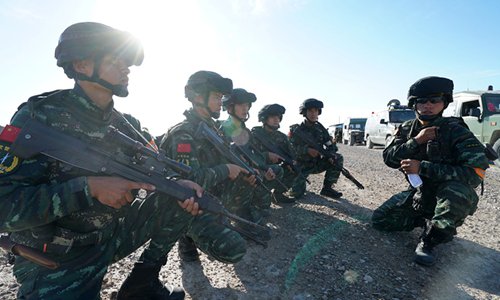 China's national counter-terrorism group on Wednesday urged the US to abandon its double standards on counter-terrorism issues, and stop indulging and supporting East Turkestan terrorist forces, so as to avoid hurting the US own interest.

In a rare statement issued by China's National Anti-Terrorism Leading Group on Xinjiang-related issues, the agency strongly condemned the US Department of Commerce for blacklisting 28 Chinese entities including government offices and public security bureaus over Xinjiang affairs.

It urged the US to correct its mistake and withdraw the wrong decision and stop interfering in China's domestic affairs.

The group held its first meeting in Beijing on August 27, 2013, marking its official establishment, and its current director is Chinese State Councilor Zhao Kezhi, also the Minister of Public Security.

Northwest China's Xinjiang Uyghur Autonomous Region has faced serious terrorist threats for a very long time, and counter-terrorism and de-radicalization measures adopted by the local government of Xinjiang have been preventing the emergence and growth of extremism and terrorism, which are entirely lawful in China and meet the standards of the international community, the statement said.