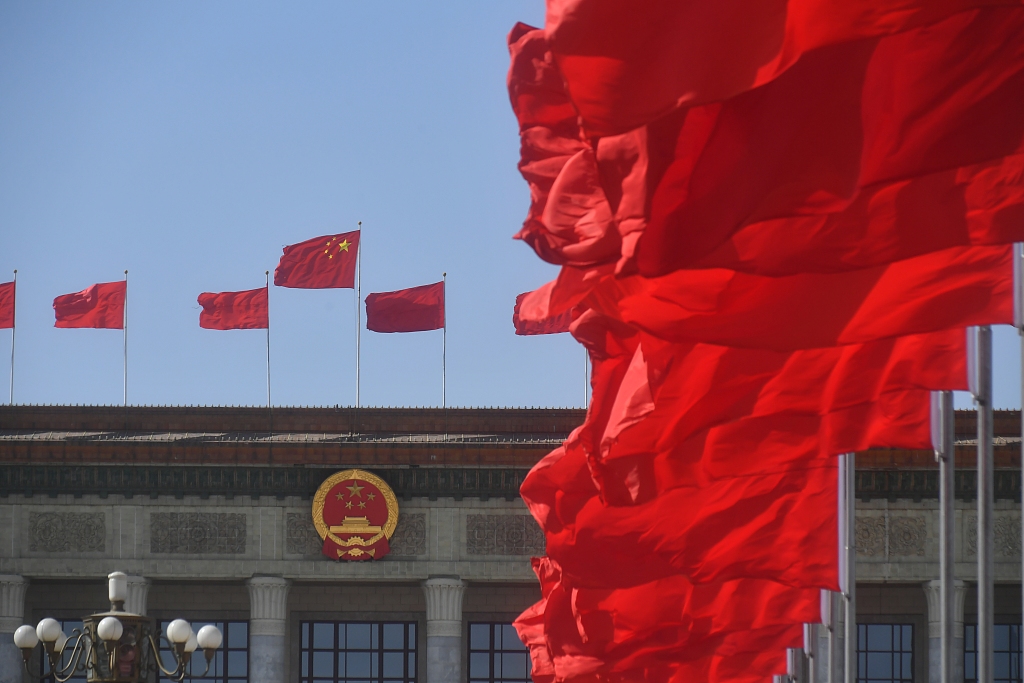 Xi Jinping and other Chinese leaders attended the plenary meeting at the Great Hall of the People.

National legislators will hear a work report of the 13th NPC Standing Committee and an explanation on the draft foreign investment law during the meeting.