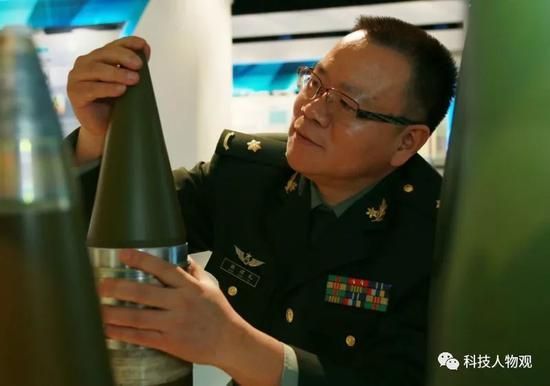 Han Junli, a research fellow at a Beijing-based research center under the People's Liberation Army (PLA), is leading the development of the electromagnetic rocket artillery, inspired by Ma Weiming, an academician of the Chinese Academy of Engineering dubbed "the father of the Chinese electromagnetic catapult," Science and Technology Daily reported.

Han reportedly mentioned a military incident that occurred in a border region on a plateau in Southwest China, where he saw the potential necessity of deploying rocket artillery.

China has large plateau and mountainous areas where rocket artillery could destroy invading forces from hundreds of kilometers away without soldiers crossing mountains, Han said, according to the newspaper.

"Conventional artillery that uses powder may suffer from lack of oxygen on plateaus," Song Zhongping, a military expert and TV commentator, told the Global Times on Thursday.

"Artillery that uses an electromagnetic catapult will not need to face the same problem. This makes it very valuable in warfare on plateaus."

When using electromagnetic force for the initial boost instead of an explosive powder, shells fly smoother and hit targets more accurately, Song said.

Han's research has made an important technological breakthrough and the development plan is becoming a reality, the Beijing-based newspaper said.

Using an electromagnetic catapult for rocket artillery is an unprecedented innovation, Science and Technology said.

"China needs to not only develop weapon concepts that are already available to the world, but also explore new, not-yet-present weapons to lead the frontier of technology development," Song said.

It is expected to be mounted  on China's first domestically developed 10,000-ton class missile destroyer 055 in the future.

Another example is the electromagnetic catapult system widely expected to be used on China's future aircraft carriers.

An electromagnetic catapult will allow more fighter jets to take off in a shorter time and boost the carrier's combat capabilities.

The catapult can also launch heavier fixed-wing planes including airborne early warning and control aircraft. They can gather more battlefield information in the sky and act as an airborne command center by coordinating vessels into a stronger strike force, say experts.