China will take more measures to restructure its industry and energy mix in a greener way, and this will lay a solid foundation for peaking carbon dioxide emissions by 2030 and achieving carbon neutrality by 2060. 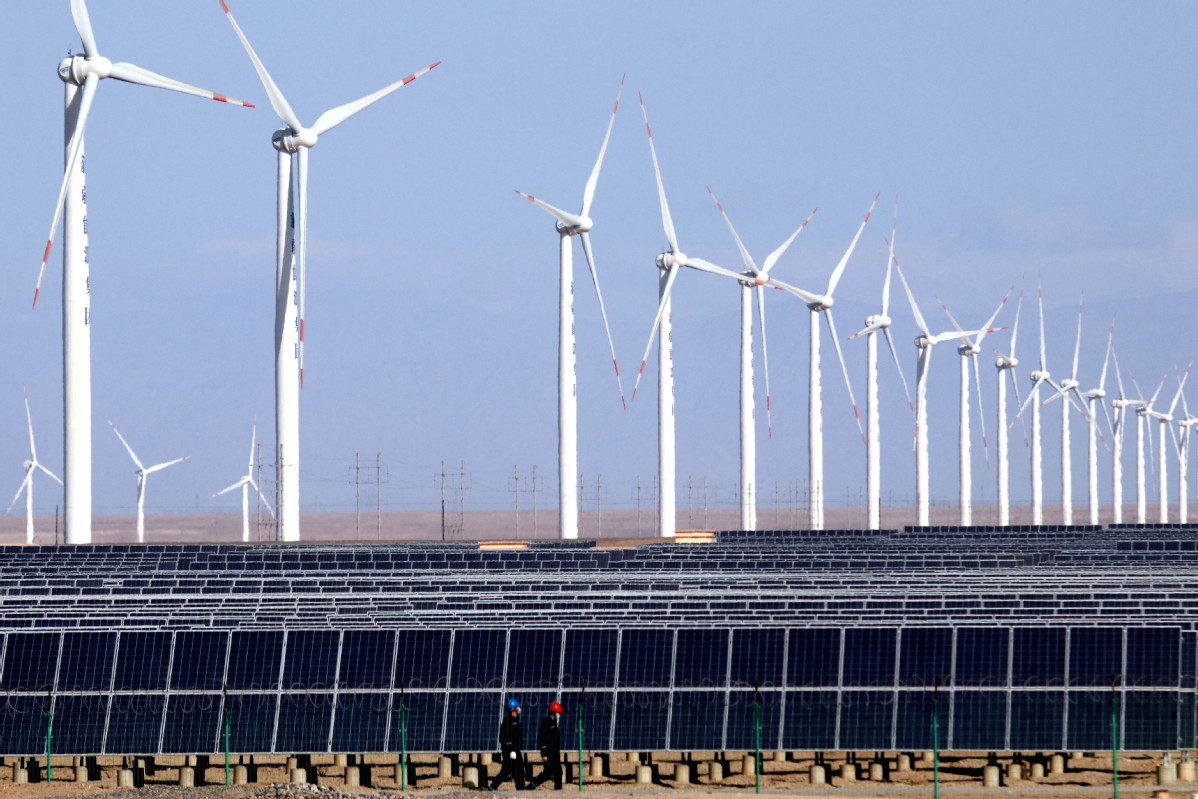 Over the next five years and beyond, China will control the aggregate amount and intensity of energy consumption, reduce the use of fossil energy and advance the low-carbon transition of sectors including industry, construction and transportation, according to the draft outline of the 14th Five-Year Plan (2021-2025) for national economic and social development and the long-range objectives through the year 2035.

"The government will support related regions where conditions permit to take the lead in peaking carbon emissions ahead of schedule," said the outline unveiled during the ongoing "two sessions."

In September 2020, China announced that it will strive to bring its carbon emissions to a peak before 2030 and become carbon-neutral before 2060.

"As the world's largest developing nation, China needs to make greater efforts than what developed countries did to achieve the goal," said Ding Kuiling, vice-president of Shanghai Jiao Tong University and an academician with the Chinese Academy of Sciences.

Facing a tight timetable and arduous tasks, China should focus on the promotion of renewable energy, advance the research and development of energy conservation technologies and cut carbon emissions, said Ding, also a national political advisor, adding that the country's current energy consumption and carbon emissions remain huge as it is still in a stage of industrialization.

The outline noted that China will further transform its energy consumption structure by promoting the wider use of clean and renewable energy during the 2021-2025 period.

Over the last five years, the share of clean energy consumption in the country has risen from 19.1 percent to 24.3 percent, data by the National Energy Administration showed.

"The development of sectors with high energy consumption and heavy carbon emissions will be strictly curbed, and the green transformation of steel, oil and construction industries will be promoted," the outline said.

By 2030, China aims to lower carbon dioxide emissions per unit of GDP by over 65 percent from the 2005 level, raise the share of non-fossil energy in primary energy use to around 25 percent, and bring the total installed capacity of wind and solar electricity to more than 1.2 billion kilowatts.

An action plan for peaking carbon emissions by 2030 is expected to be unveiled within the year, according to a government work report.

In 2016, the People's Bank of China, the country's central bank, issued and implemented a policy framework on green finance. Since then, green financing took root and spread across China.

The bank will give full play to financing for green development in resource allocation, risk management and market pricing, said Chen Yulu, vice governor of the PBOC and a national political advisor.

Chen said the country would guide and leverage more financial resources to low-carbon and green transformation projects through its macro policies, including monetary and credit policies and mandatory disclosure of green finance-related information.

He called for international cooperation to fully tap the potential of green financing in supporting China and other countries to achieve their respective carbon-neutrality targets.