The second plenary meeting of the fourth session of the 13th National People's Congress (NPC) is held at the Great Hall of the People in Beijing, capital of China, March 8, 2021. (Photo: Xinhua)

BEIJING, March 9 (Xinhua) - China's new five-year plan, currently under review at the ongoing annual "two sessions," has come under the spotlight as analysts expect the development blueprint of the world's second-largest economy to inject more certainties and bring fresh opportunities to the pandemic-rattled world.

China on Friday unveiled the draft outline of the 14th Five-Year Plan (2021-2025) for national economic and social development and the long-range objectives through the year 2035, specifying policy priorities and major social and economic goals for the next five years and beyond.

In particular, the draft plan sends a reassuring message to the world by reaffirming China's commitment to a high-level opening-up. Keywords of the plan, such as "reduced import tariffs" and "shortened negative lists for foreign investment," have been deemed by analysts and diplomats as measures conducive to the global recovery from the pandemic-induced recession.

Last year, China emerged from the global headwinds to become the only major economy to register positive growths in GDP and foreign trade in goods, thanks to its effective anti-epidemic measures. The country's GDP increased by 2.3 percent year on year to cross the 100-trillion-yuan (about 15.35 trillion U.S. dollars) threshold, while its imports and exports of goods expanded 1.9 percent. 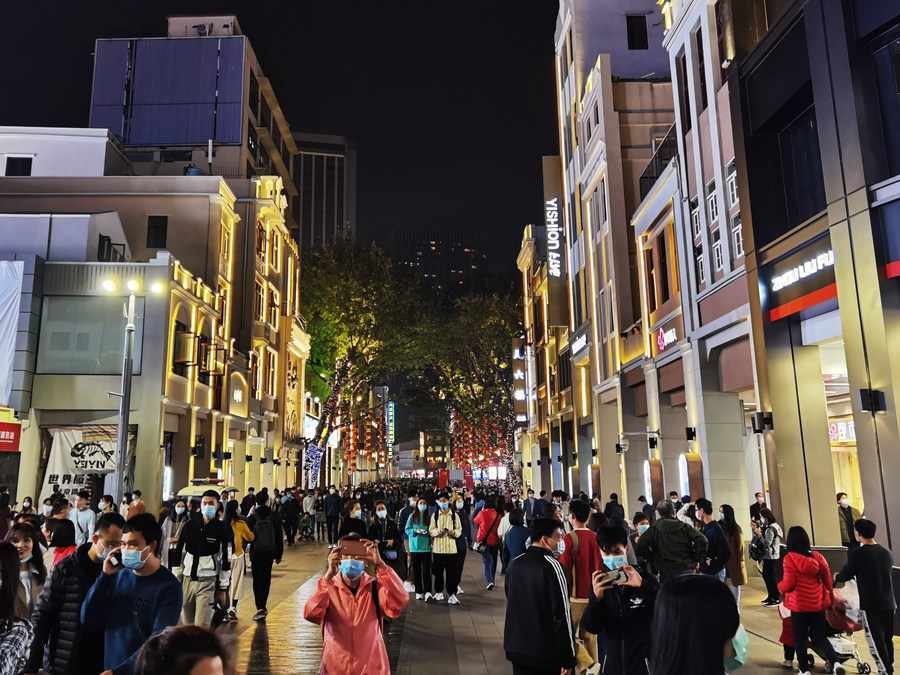 "China is the main global economic engine for recovery from the COVID-19 economic downturn. Therefore, the entire world will be affected by the targets set in China's new five-year plan and its success in achieving these," John Ross, a senior fellow at Chongyang Institute for Financial Studies, Renmin University of China, told Xinhua in a recent interview.

"Dual circulation," China's new development paradigm, features prominently in the draft five-year plan. It refers to a development pattern where domestic and overseas markets reinforce each other with the domestic market as the mainstay.

Since the new pattern was first proposed in May last year, China's top leadership has reiterated that the emphasis on boosting domestic consumption does not mean China will seek development behind closed doors. Instead, the country remains committed to pushing ahead with its opening-up drive and sharing development opportunities with the rest of the world.

In the draft outline of its new five-year plan, China has pledged to further lower tariffs and institutional transaction costs, and expand imports of quality consumer products, advanced technologies, key equipment and energy resources, allowing global firms to further tap into the immense purchasing power of the world's most populous market.

Ali Al Dhaheri, ambassador of the United Arab Emirates to China, who was present at the opening meeting of the fourth session of the 13th National People's Congress on Friday, said China's "dual circulation" development pattern will "unleash new possibilities" for international industries. 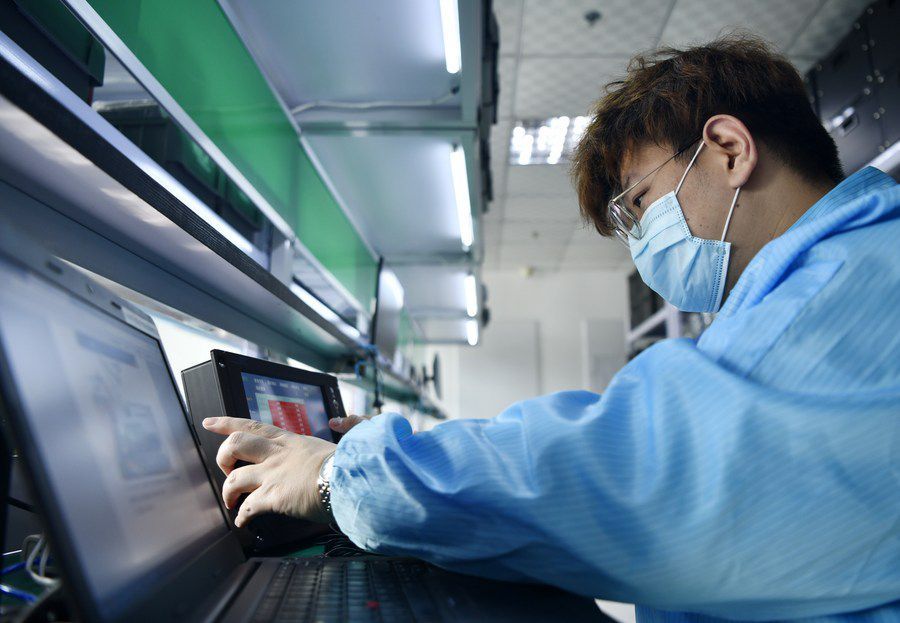 A staff member debugs machines at Beijing-Tianjin Zhongguancun Tech Town in Baodi District of Tianjin, north China, Dec. 28, 2020. Covering an area of 14.5 square kilometers, the Tianjin-based Beijing-Tianjin Zhongguancun Tech Town will be constructed in four phases. So far, 27 projects have been signed by the park, including 18 projects transferred from Beijing. (Photo: Xinhua)

Advanced technology and carbon emission reduction could be key areas for China's future cooperation with its global partners, he noted.

Besides expanding imports and facilitating trade, China has vowed to further open up its economy in its new five-year plan through a series of measures. Some of these include shortening negative lists for foreign investment access, prudently advancing opening-up in its finance sector, and promoting the opening-up of sectors including telecommunications, the internet, education, culture and medical care to foreign investors in an orderly manner.

The country has also pledged to promote the development of its pilot free trade zones (FTZ) and construction of the Hainan Free Trade Port as well as to advance the high-quality development of the Belt and Road in the coming years.

The development of China's pilot FTZs and the Hainan Free Trade Port will help China further advance its institutional opening-up that covers rules, regulations, management and standards, said Wang Wentao, China's commerce minister, on the sidelines of the "two sessions."

"China will continue to open its doors wider, improve its business environment, and participate in international cooperation in broader areas and at a deeper level," Wang added.