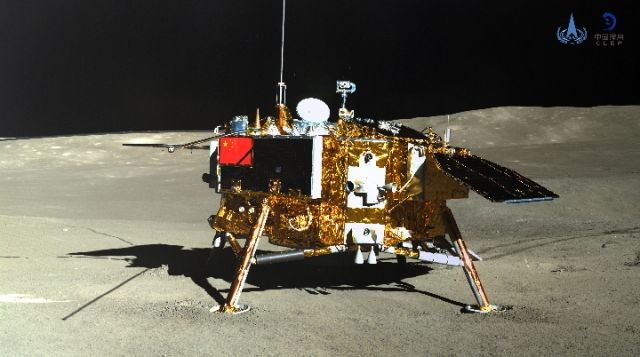 BEIJING, Jan. 14 (Xinhua) -- China's second lunar rover Yutu-2 (Jade Rabbit-2), which is the first ever rover to drive on the moon's far side, will face considerable challenges brought by complicated terrain in its future exploration, said Chinese space experts on Monday.

The Chang'e-4 probe, including a lander and a rover, touched down on the Von Karman Crater in the South Pole-Aitken (SPA) Basin on the far side of the moon on Jan. 3, with the rover driving onto the lunar surface late that night.

"From the images sent back from Chang'e-4, we can see the area surrounding the probe is dotted with craters of different sizes, and it's very difficult for the rover to drive in the region," Sun Zezhou, chief designer of the Chang'e-4 probe, said at a press conference of the State Council Information Office Monday.

"We'll try to find the relatively safe areas and make a reasonable plan for the route of the rover based on the images taken by it," Sun said.

The rover is capable of avoiding some obstacles. If there are obstacles in front of it, it can stop and plan a new route on its own. It can also climb some slopes and cross some rocks. "We haven't found any insurmountable obstacles in the region yet," Sun said.

Wu Yanhua, deputy director of the China National Space Administration (CNSA), said a primary analysis showed that the northwestern region to the probe is relatively flat, and the probe will mainly drive to the region.

Both the lander and the rover entered a "sleep mode" on Sunday as the first lunar night after the probe's landing fell, according to Wu. 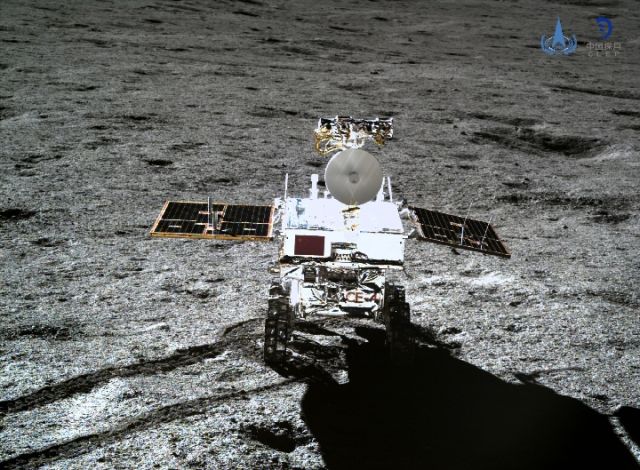 One night on the moon lasts about 14 days on the earth, during which the temperature falls as low as minus 180 degrees centigrade. There is no sunlight to provide power to the probe, which will survive the night with its thermal control system with a radioisotope heat source.

The CNSA last Friday released a video of the landing process of the Chang'e-4, which was produced by processing more than 4,700 pictures taken by a camera on the probe.

Sun told reporters that the Chang'e-4 probe had achieved the expected landing precision. The telemetry information and images taken by the probe showed that the spacecraft effectively avoided obstacles during its descent.

"It hovered at around 100 meters above the lunar surface and moved about 8 meters towards the southwestern direction. After its landing, we discovered large craters with a diameter of more than 10 meters on both the southern and northern sides of the probe, and it successfully avoided them," Sun said.

"This is the first-ever exploration on the surface of the far side of the moon. The scientific research will be innovative and influential both at home and abroad," said Wu.

Wu Yanhua said Chinese space experts hope to give full play to the role of Chang'e-4, a backup of Chang'e-3. The cost of the Chang'e-4 mission is equivalent to that of constructing a one-km-long subway tunnel.

China's investment in lunar and deep space exploration is appropriate to the overall level of the national economic and social development, Wu said.

As a big country, China should make contributions to exploring the mystery of the universe and benefiting human society, Wu said. 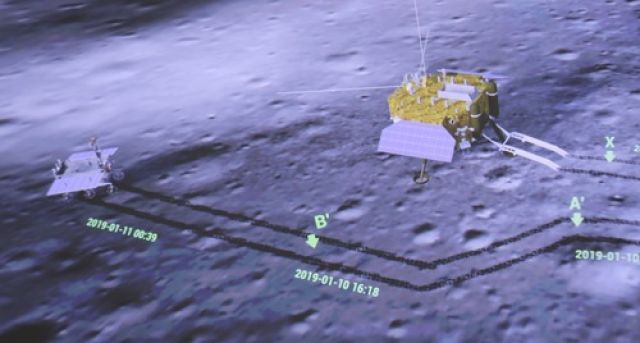