CHINA China's new round of tariffs precise strike on US industries: analysts

China's new round of tariffs precise strike on US industries: analysts

The fermenting China-US trade dispute continued to escalate with China fighting back with additional tariffs on $60 billion in US products, and experts said that the tariffs are a "precise strike" on US industries. 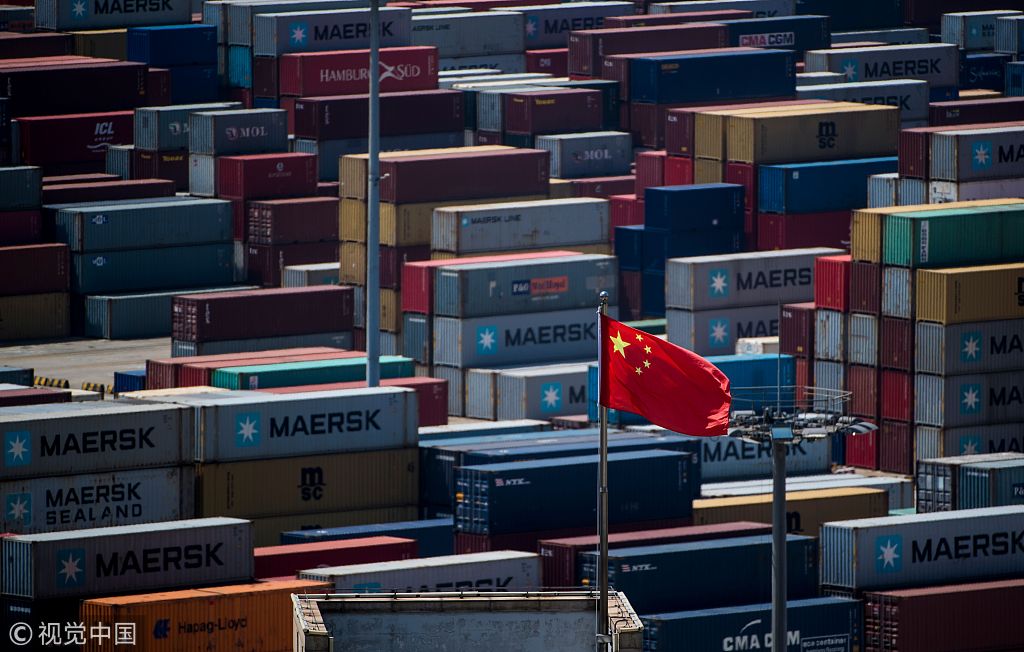 China's countermeasures were a response to US moves to further escalate the friction. On July 10, the US government proposed a 10 percent tariff on an additional $200 billion in Chinese goods.

US President Donald Trump is also considering increasing the proposed tariffs to 25 percent from 10 percent, according to a New York Times report on Wednesday.

In response, the Ministry of Commerce (MOFCOM) announced on Friday that China would increase tariffs ranging from 5 to 25 percent on $60 billion in US goods.

The MOFCOM statement said the move is to "safeguard China's legal rights." MOFCOM said it would later disclose when it would impose the tax hike.

Xu Hongcai, an economist at the China Center for International Economic Exchanges, said that China won't launch a tit-for-tat countermeasure with an equal amount of tariffs every time because of the gap in the two countries' trade.

"So the Chinese government has 'selectively' fought back. This also shows our stance that China always stands for negotiations over trade disputes," Xu told the Global Times on Sunday. But he stressed that such a goal should be achieved by both China and the US, and not just China's efforts alone.

Bai Ming, deputy director of the Ministry of Commerce's international market research institute, stressed that the tariff increase on $60 billion in US goods, plus the previously announced tariffs on $50 billion worth of US products, is "a precise strike" on US industries.

"For example, the US government is finding markets to boost its natural gas exports, but its trade dispute with China means that US companies are very likely to lose China as a very good trade partner, which would be a great pity for US companies with China's gigantic market demand," Bai told the Global Times.

China announced a 25 percent tariff on liquefied natural gas from the US on its $60 billion list.

According to the MOFCOM statement, China also intends to increase tariffs to  25 percent on US goods like beef, lamb and honey.

Bai stressed that China is imposing a variety of tariffs on different products.

"China tends to be harsh on daily necessities while being soft on health products, such as medicine and surgical appliances." Bai told the Global Times on Sunday.

Bai cautioned that with China's economic development, particularly in the manufacturing and high-tech sectors, the US will view China more like a competitor instead of a partner.

"They would hold a hostile attitude toward trade with China, presumably for a long time," Bai said.

He noted that in the future, the Chinese government can increase tariffs on US goods by a higher percent if the US launches further tariff hikes on Chinese goods.

Cong Yi, an economics professor at Tianjin University of Finance and Economics, said that the Chinese government can also attract more US companies to invest in China with policy bonuses to deepen economic relations between China and the US. "This will cause the US government to hesitate when launching measures to hurt China's economy."