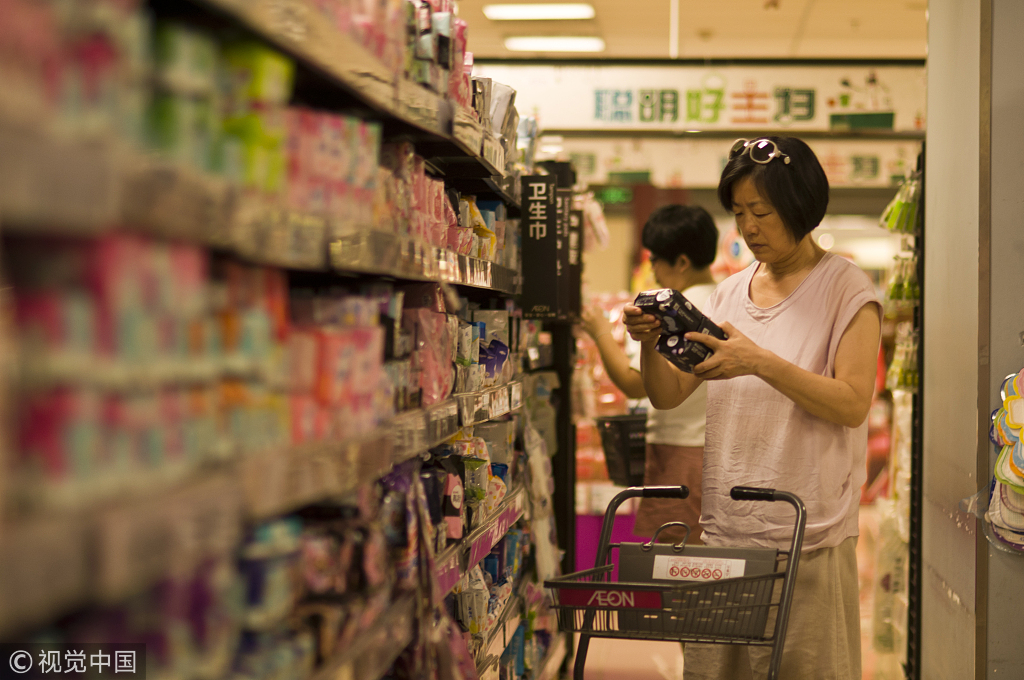 China's new individual income tax threshold will have a significant impact on domestic consumption incentives, which is also in line with the country's long-term tax reform, experts said on Monday. The personal income tax threshold will increase from 3,500 ($510) yuan per month to 5,000 yuan, which officially took effect on Monday, to boost consumer spending. Those who earn less than 20,000 yuan per month would enjoy a tax reduction of 50 percent or above after the new tax amendment takes effect, Vice Finance Minister Cheng Lihua was quoted as saying in a Xinhua News Agency report in August. And the new threshold may also be further adjusted depending on residents' income and consumption level. The country levies tax on salaries in seven brackets progressively, ranging from 3 percent to 45 percent. The new tax rate will also raise the minimum threshold for personal income taxes in different categories. For instance, people who earn 6,000 yuan per month will save 115 yuan. And those who earn 8,000 yuan per month will save 255 yuan, according to a calculation by domestic news site chinanews.com.  It was the first individual income tax revision in seven years, which is significant, Cong Yi, a professor at the Tianjin University of Finance and Economics, told the Global Times on Monday. "Besides raising the threshold, it adds deductions such as children's' education and caring for the elderly, reflecting the central government's long-term aim to improve people's livelihood," he said. Also, the move shows that the country is moving steadily toward US-style family income tax, which will further enhance social equity, Cong noted. Considering slower economic growth, introducing a new tax threshold is also a way of boosting domestic consumption, an official from a taxation bureau in Central China's Hubei Province, who preferred not to be identified, told the Global Times on Monday. "Tax cuts will probably be followed by rising spending, as consumer sentiment is expected to surge," he said.