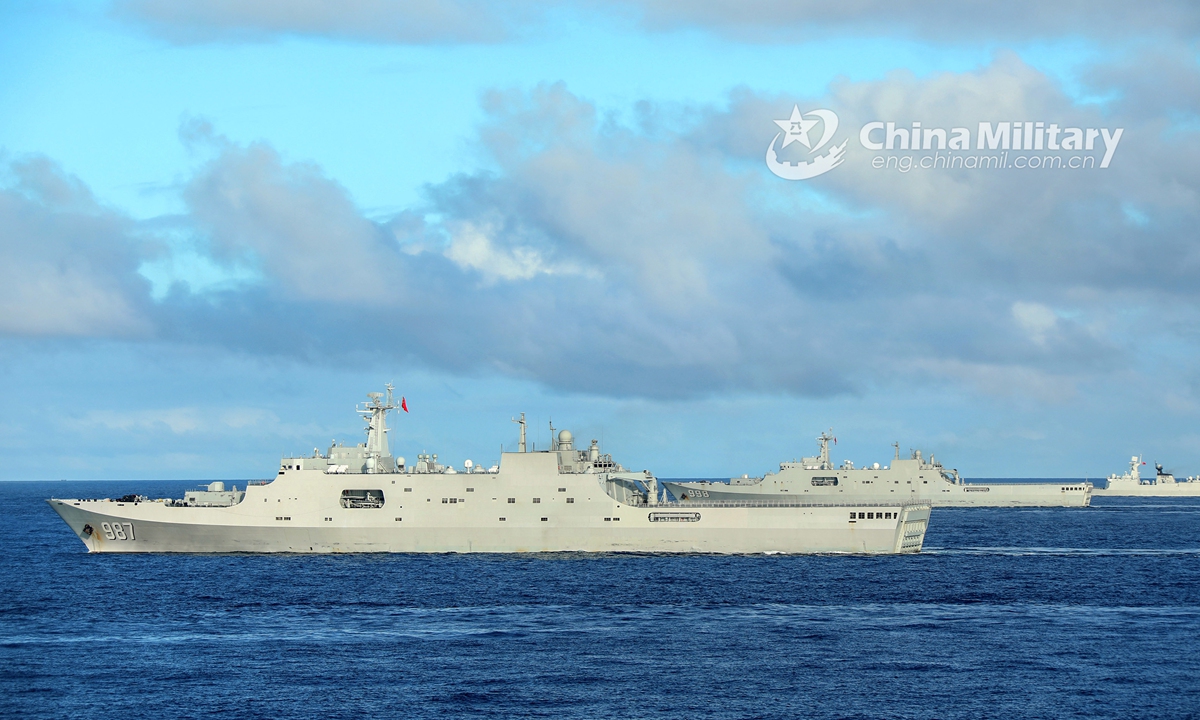 "We will continue to maintain high training intensity, pursue challenges and compete with other friendly vessels to improve together," Li Yizhen, captain of the Qilianshan, was quoted as saying after exercises with the Wuzhishan.

Having entered service for under six months, the Qilianshan has gained multiple combat capabilities, including multidimensional troop delivery, air defense and precision anti-ship and land attack, the report said.

While the exact date of the Qilianshan's commissioning was not revealed to the public, a report by China Central Television showed the vessel for the first time in November 2020 and identified it as the eighth hull in its class.

The Type 071 amphibious landing ship has a displacement of 25,000 tons, and is one of the most advanced amphibious transport docks in the world, reports say.

Capable of carrying a large number of hovercraft, amphibious assault vehicles and personnel, the Type 071 is a formidable force in horizontal landing operations, while another newly commissioned ship type, the Type 075 amphibious assault ship with a full-length flight deck, can carry many more helicopters than the Type 071 in vertical landing tasks, a Chinese military expert told the Global Times on Thursday on the condition of anonymity.

This means the two ship types can form a powerful partnership to deliver troops both horizontally and vertically in large numbers in amphibious landings, the expert said, noting that the Type 071 can also use its main gun to provide fire support to the landing troops.

China has built three Type 075s, with the first one entering PLA naval service last month as the Hainan and the other two undergoing outfitting work and sea trials.

The PLA Navy could eventually build a Type 075 fleet of the same size as the Type 071 fleet, the Ordnance Industry Science Technology, a Chinese defense industry magazine, predicted in an analysis last year.