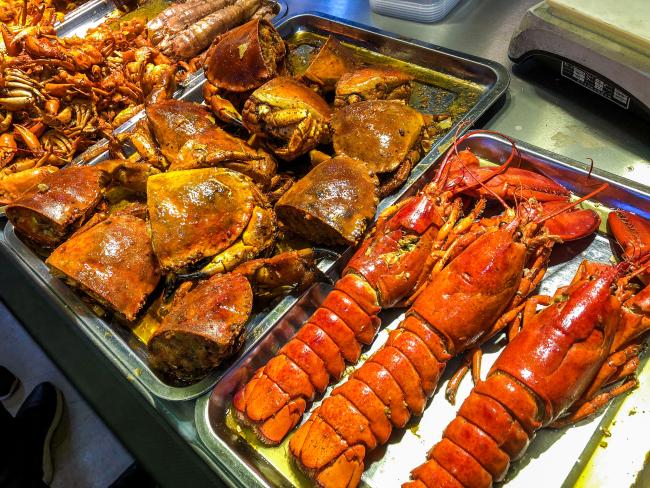 Zhang Ruiqing, 27, quickly scooped ingredients such as sesame, walnuts, raisins and some candied fruit into a white bowl and then leaned forward to pour boiled water from a dragon-shaped spout of a half-meter-high copper pot into the mixture. Shortly, an aromatic soup called Chatang in Chinese would be ready to enjoy.

Zhang's booth was located at a century-old historical block in northern China's Tianjin Municipality, which also shows its unique charm and vitality through its nighttime economy.

The nighttime economy refers to business activities between 6 p.m. and 6 a.m. in the service sector, a golden period for merchants to expand their business opportunities.

"I made a new plan for the coming winter. If the nighttime economy continues to upgrade, I will definitely join in and extend my business to more places," Zhang said.

Not far from Zhang's booth, 27-year-old Liu Runze stood in front of his bookstall which was lit up with warm lights and lined with tidied books in order of their different genres.

He helped his father, who runs a book store in the daytime, extend the business to more places and for longer hours starting in May. "We earn more than the original book store at the night market on some weekends. It brings us new customers and opportunities," Liu said.

The six municipal demonstration plots of the nighttime economy markets in Tianjin has welcomed 130,000 customers per day on average, with a monthly total sale of 20 million yuan in August, according to the Tianjin Information Center. 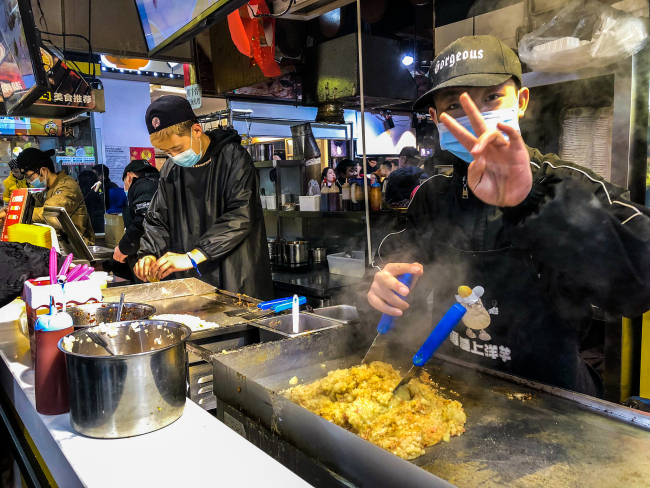 China's GDP grew by 6.3 percent in the first half of this year, and consumption accounted for 60 percent, which continued to be the first driving force for the country's economic growth. Among them, nighttime consumption shows giant potential, according to the National Bureau of Statistics.

China's night catering consumption jumped 47 percent in 2018 from a year earlier, 2 percent higher than the daytime growth, according to a report released by the China Tourism Academy (CTA) and Meituan, a Yelp-like Chinese online city guide.

As the weather is getting colder, Tianjin has rolled out plans to support nighttime consumption to drive economic growth in cold days.

According to the Tianjin Commission of Commerce, the city aims to encourage malls, supermarkets and convenience stores to stay open later and plans to build 24-hour stores. The number of 24-hour convenience stores has increased from 1,500 at the beginning of this year to more than 2,000 in September.

Zhang Aiguo, director of the Tianjin Commission of Commerce, said the nighttime economy in Tianjin enjoyed a hot market in summer and will keep the momentum to create a "nighttime economy 2.0 version" for the coming winter.

Shi Wenli, senior director of the Robbinz Department Store of Lippo Group, said winter is a good time for us to develop nighttime consumption. "We plan to introduce some businesses inside our shopping mall and make the nighttime economy more thriving in the indoor space."

MCC World, a company focusing on establishing outdoor commercial streets, is expected to combine the winter sports and outdoor entertainment activities with the nighttime economy together.

Wang Hui, general manager of the company, said the outdoor sports gala held in summer night helped them attract more customers. "The nighttime consumption accounts for about 60 percent of total incomes for the whole day. Sometimes, it could reach 70 percent."

Wang added, "That's why we extended this model into winter to boom the business vitality. People can be warm while doing sports, and our business will be warm too."

Zhang Baoyi, head of the Institute of Sociology under the Tianjin Academy of Social Sciences, said the nighttime economy in summer has already aroused people's enthusiasm and laid a good foundation for the winter nighttime consumption, which can also create a new model for economy vitality by adding more interactive indoor activities.