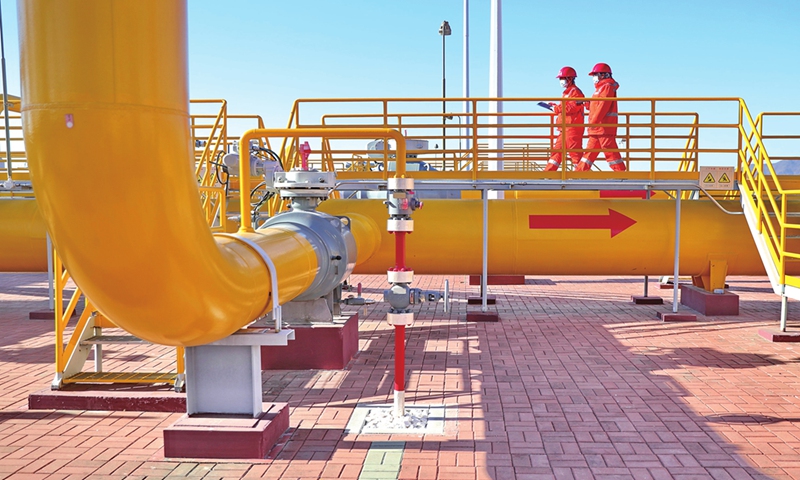 Staff members from PipeChina conduct a daily inspection of the China-Russia east-route natural gas pipeline in Qinhuangdao, North China's Hebei Province on November 1, 2022, aiming to strengthen inspections of the route and ensure the daily consumption of gas for households in the Beijing-Hebei-Tianjin region of North China. (Photo: VCG)

As one of the major supplying sources for China's West-to-East Natural Gas Pipeline, the oilfield had played an important role in securing country's energy security in winter. The accumulative natural gas output of the oilfield in 2022 reached 30.3 billion cubic meters, 360 million cubic meters more than a year ago.

At present, 19 natural gas wells across the Tarim Oilfield are fully operational to supply natural gas to nearly 400 million people in about 120 Chinese cities scattered in 15 provinces and autonomous regions along the West-to-East Natural Gas Pipeline, said the Xinhua report.