The National People's Congress, China's top legislature, has charted a new course in its exchanges with its counterparts around the world by such means as cloud diplomacy to help promote common development and recovery amid the COVID-19 pandemic. 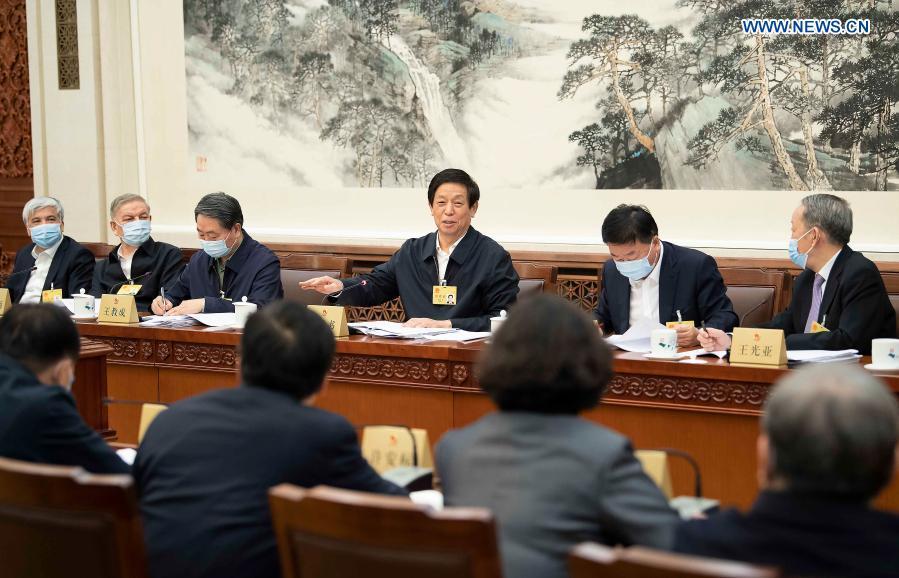 The pandemic may have brought traditional diplomatic visits to a standstill, but the NPC has continued its exchanges in various fields with parliaments and legislatures at all levels, said Hu Xiaoli, deputy secretary-general of the NPC Standing Committee.

Since last year, the NPC's interaction with the outside world has focused on serving the building of China's global partnerships, promoting international cooperation in the virus fight, safeguarding multilateralism, promoting quality development of the Belt and Road and serving national interests.

The NPC has played an irreplaceable role in the country's diplomacy as it communicates with the legislatures of other countries, enhances mutual understanding and mutual trust and builds consensus, Hu said.

Amid the COVID-19 pandemic, the NPC has strengthened the sharing of experience with parliaments of other countries as it has worked to provide documents－such as a white paper on the fight against the pandemic－to share China's successful practice of applying the rule of law to controlling and tackling the virus.

During its exchanges with the parliaments of countries including Indonesia, the NPC has focused on the major role of the Belt and Road in offsetting the pandemic's impact, stabilizing economies and protecting people's livelihoods.

The NPC also addresses the practical needs of countries in overcoming the epidemic and economic recovery, and it puts forward suggestions, communicates policies and promotes cooperation, Hu said.

Since last year, the NPC has spoken out against moves to politicize the pandemic as well as virus-related defamation.

It has defended the country on issues related to Taiwan, the Hong Kong Special Administrative Region, the Xinjiang and Tibet autonomous regions and maritime issues in order to safeguard China's national sovereignty, security and interests that matter to the country's development, Hu said.

This year, the NPC will brief its overseas counterparts about legislation to strengthen public health and the rule of law, and it will further boost publicity about the country's laws such as the Foreign Investment Law and the Patent Law, Hu said.

The goal is to demonstrate China's determination and measures to optimize the business environment, strengthen the protection of intellectual property rights and further expand opening-up to the outside world, Hu added.