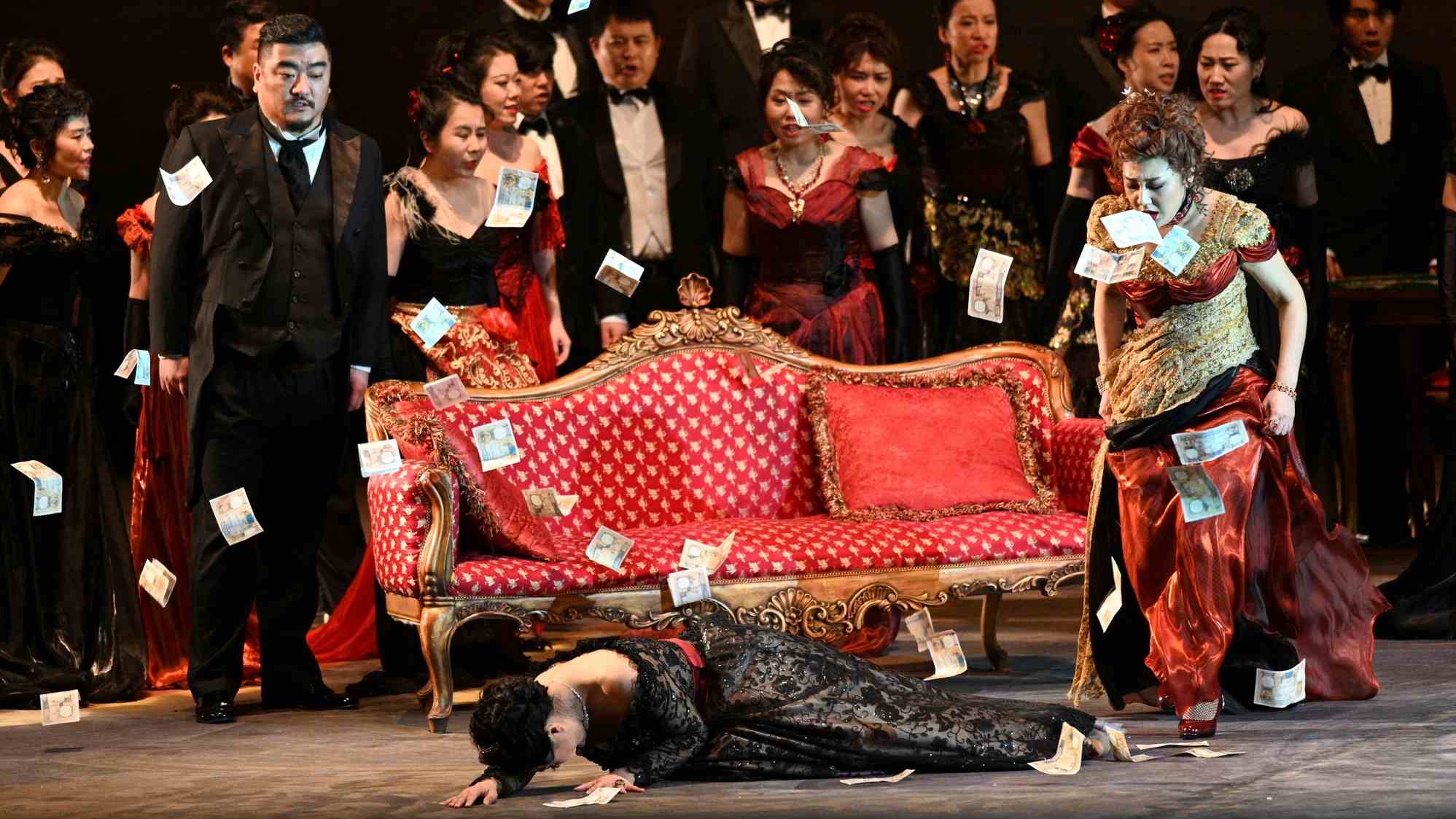 Performers Guan Zhijing(L), Maria Mudryak(C, down), and Zhang Yuan(R) perform on the stage. (Photo courtesy of the National Center for Performing Arts)

The figure of the market included 2.9 billion yuan from rural markets, up 10.22 percent from the previous year, a report issued by China Association of Performing Arts showed.

Revenue from ticket sale was 18.22 billion yuan, which contributed the most to the performing arts market, while government subsidies made up 13.58 billion yuan.