BEIJING, Nov. 21 (Xinhua) -- Huang Xiuying, a pig farmer in Shanggao County in east China's Jiangxi Province, believes a hefty investment on upgrading her breeding farm made business sense and would eventually pay off. 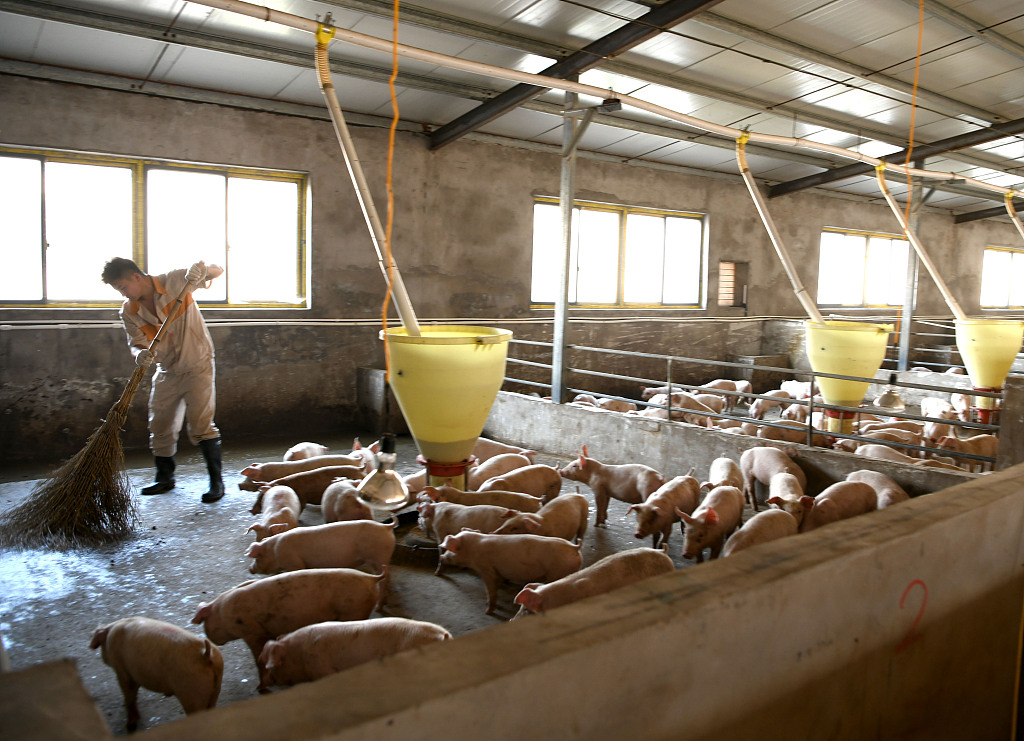 "I invested over 400,000 yuan (about 56,300 U.S. dollars) on the upgrade, but it will bring me a million-yuan-level farm in terms of facilities and epidemic prevention capabilities," said Huang.

During the upgrading, Huang drew immense help from a local pig-breeding enterprise, which offered guidance on disinfection and financial support on piglet investment.

"Currently, epidemic prevention and financing are my main concerns," said Huang. "Now that they have been taken care of, I am confident about restoring hog production."

Like Huang, pig breeders across China have shown growing enthusiasm to boost hog production, as local authorities have taken a string of policy and financial measures to encourage production in a bid to stabilize pork prices.

Prices of pork, a staple meat in China, have been soaring in recent months, mainly affected by African swine fever and cyclical factors.

In Sichuan Province, a traditional hog production powerhouse, local authorities have called for improving the pig breeding system, strengthening the prevention and control of major animal epidemics, and implementing financial and insurance policies, among other measures to restore hog production.

In late September, Sichuan started the construction of 13 new large-scale pig farms. With a total investment of 2.5 billion yuan, these farms are expected to produce two million hogs upon completion.

"In the near future, there will be an uptick in the construction of modern and large-scale pig breeding farms in Sichuan," said Yang Xiubin, director of the Sichuan Provincial Agriculture and Rural Affairs Department. "By 2020, these new farms are expected to have an annual production capacity of about 10 million hogs."

This will effectively fill the capacity gap left by small and medium-sized farms and individual farmers, ensuring the stability of hog production and pork supply in Sichuan, said Yang.

The provincial authorities have also increased the insurance coverage of hogs to enhance the risk resistance of farmers and encourage them to restore hog production.