BRUSSELS, Sept. 25 (Xinhua) -- Chinese President Xi Jinping has announced an ambitious climate target to achieve carbon neutrality by 2060, which is expected to accelerate the world's transition to green and low-carbon development. 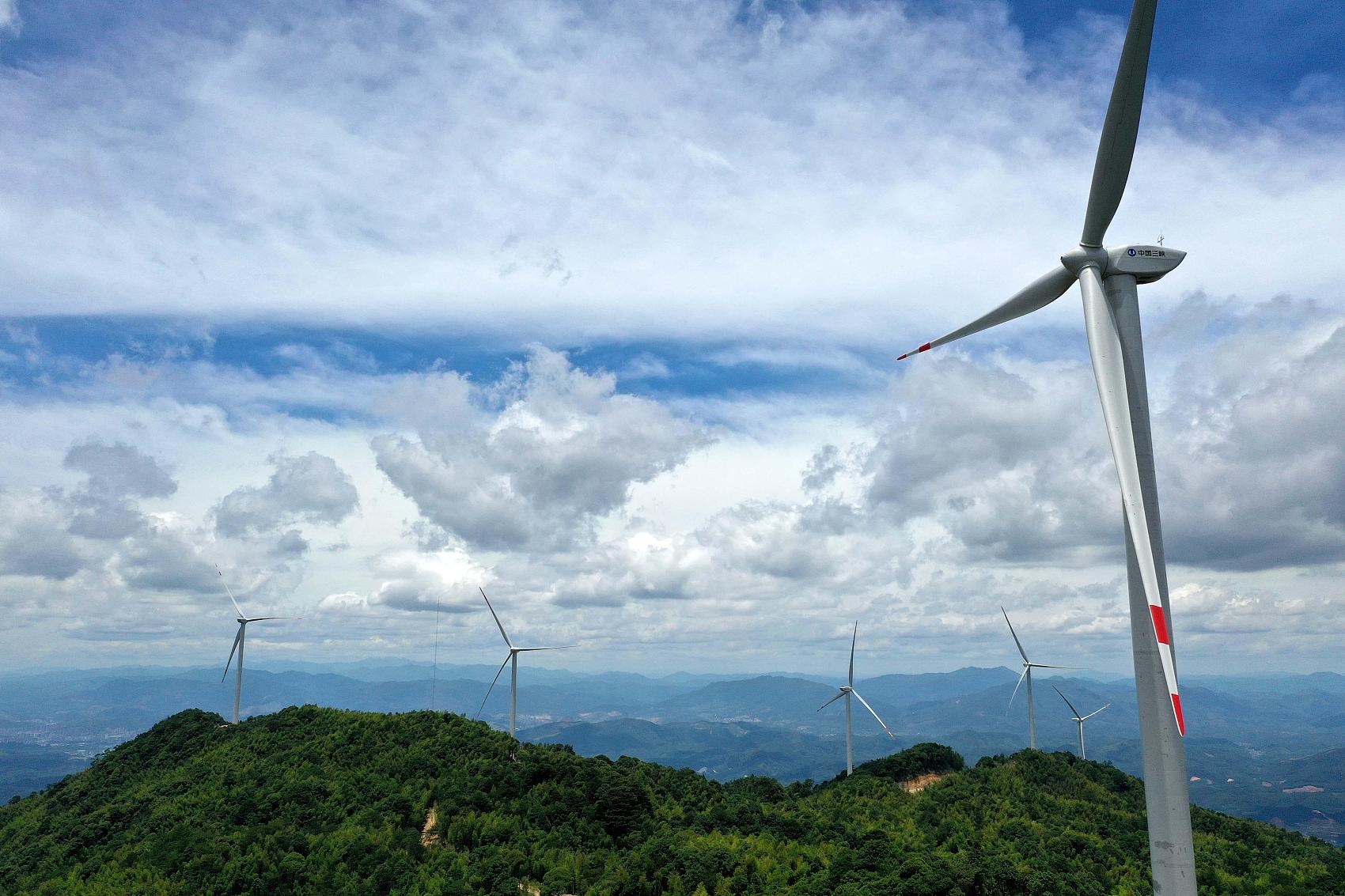 China aims to have CO2 emissions peak before 2030 and achieve carbon neutrality before 2060, Xi said Tuesday at the General Debate of the 75th Session of the UN General Assembly via video.

Experts worldwide have hailed the Chinese move as realistic and important, saying China's pledge will lead collective actions on global warming and encourage the rest of the world to progress on climate action.

The new ambition marks two significant changes to China's climate pledge under the 2015 Paris Agreement, according to Refinitiv, a global provider of financial market data and infrastructure.

Firstly, China has previously committed to peak emissions "around" 2030, which is now replaced by "before" 2030; Secondly, the ambitious goal of carbon neutrality with a specific time-stamp is revealed to the public for the first time.

"This is a landmark announcement as China has set out an ultimate end-point emissions target," said Helen Clarkson, CEO of the London-based Climate Group, an international non-profit organization.

On China's pledge to take more vigorous and effective approaches when pursuing green and sustainable development, Clarkson said "Leaders from across the world will be keen to understand the details of how China will progress in achieving these actions."

Tree planting will become part of China's strategy, Krausing told Denmark's newspaper Politiken, adding that China expects to replant an area equivalent to four times the size of England through its "existing plan."

"Here in Europe, we reach for the stars, aim high and do what we can to get there. In China, there is a tradition of setting lower goals, and then you over-implement it. That history reassures me that they take it seriously," Krausing was quoted as saying by Politiken.

Jeffrey Sachs, an economics professor at Columbia University and a senior UN advisor, said he expects China will achieve the goal even ahead of the date, "as China is in the process of establishing world-class technologies" in green energy and high-tech industries.

According to Climate Action Tracker (CAT), if China's goal is achieved, it will lower global warming projections by around 0.2 to 0.3 degrees Celsius alone, the biggest single reduction ever estimated by CAT.

"I welcome China's ambition to curb emissions and achieve carbon neutrality by 2060. It's an important step in our global fight against climate change under the Paris Agreement," European Commission President Ursula von der Leyen tweeted Wednesday.

"We will work with China on this goal," she added.

China's pledge was announced days after the European Commission updated its Green Deal that envisions climate neutrality by 2050, which will inspire more countries to contribute to higher emission reduction targets.

"These commitments from China and the EU could raise the pressure on other large emitters and benefit the climate negotiations at the COP 26 in Glasgow in 2021," said Refinitiv.

"With the EU also looking to increase its target, this is helping to ensure the world stays aligned to the goals of the Paris Agreement," Clarkson said.

"There is no doubt that efforts from China will play a major role in shaping how the rest of the world progresses on climate action, especially in the absence of U.S. federal leadership," she said.

Noting that President Xi said major countries have a greater responsibility, William Jones, Washington bureau chief of the U.S. publication Executive Intelligence Review, said "that was also a telling remark with regard to the United States, which has been talking about what they're going to do for their own country, but not what they're going to do for the other countries."

Speaking of China's actions to fulfill its international responsibilities for climate change and environmental protection, the Permanent Mission of China to the United Nations said Wednesday that China attained its 2020 climate action targets two years ahead of schedule, a major contribution to the global response to climate change.

Xi's pledge to update and enhance its nationally determined contribution targets, introduce stronger policies and measures and strive for the peaking of carbon dioxide emissions by 2030 and carbon neutrality by 2060 are consistent with China's vision of a vibrant, clean and beautiful world through joint efforts and its commitment to fostering a community with a shared future for mankind, it said.