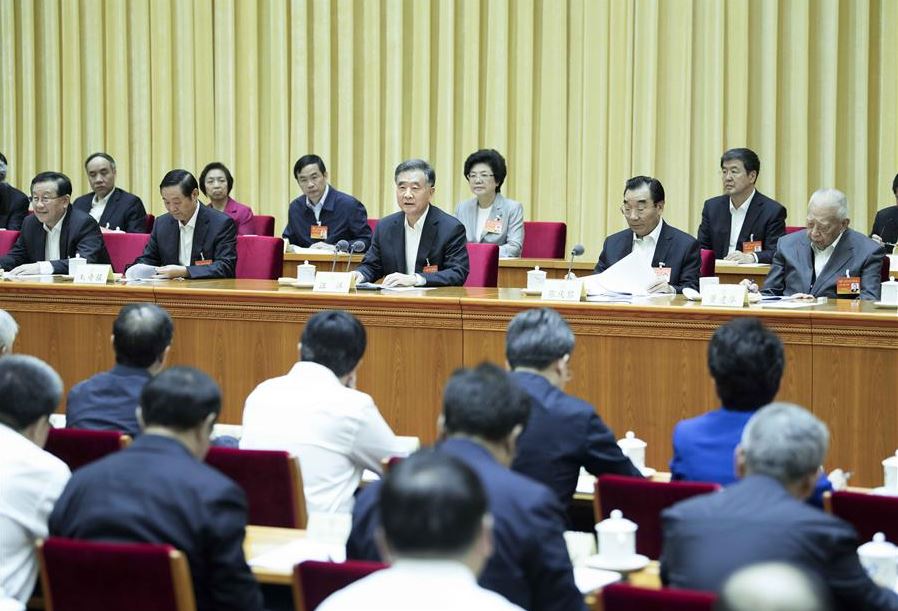 A symposium is held by the National Committee of the Chinese People's Political Consultative Conference (CPPCC) on the important thoughts of Xi Jinping, general secretary of the Communist Party of China (CPC) Central Committee, on enhancing and improving the work of people's political consultative conference, in Beijing, capital of China, on Sept. 29 and 30, 2018. (Photo: Xinhua)

The system embodies the interests of the widest range of social groups. It respects the aspirations of the majority while taking into account the reasonable expectations of minorities, said the white paper.

The system can better represent the interests of different social groups, expand and smooth various channels for articulating interests, and fully and comprehensively reflect the opinions and advice from people of all social groups, said the white paper.

Hence this system is in a position to accommodate the interests and coordinate the relationships of all sectors, it added.

The system reflects the shared goals of all. With the goals of upholding and developing socialism with Chinese characteristics and realizing the Chinese Dream of national rejuvenation, this system helps to build powerful social synergy and pool all resources to complete major missions for the benefit of the people, according to the white paper.

The system promotes sound decision-making and implementation. Through consultation between political parties, participation and deliberation in the administration of state affairs, democratic oversight, and other standardized institutional procedures and arrangements, the system pools ideas and suggestions to ensure informed and democratic decision-making, according to the white paper.

The system avoids the weakness of the old-fashioned party systems -- when making decisions and exercising governance, political parties act in their own interests or the interests of the classes, regions and groups they represent, cling obstinately to their own ideas and keep dissidents out, making society divided, the white paper added.

The system ensures effective state governance. It aims to arouse the enthusiasm of all and attaches importance to stronger support for all non-CPC political parties and prominent individuals without affiliation to any of the political parties in fulfilling their duties, it said.

Therefore, the system can optimize the allocation of political resources, make it possible for institutions and mechanisms to be created for people from all sectors of society to participate in state governance and help modernize China's system and capacity for governance, it added.