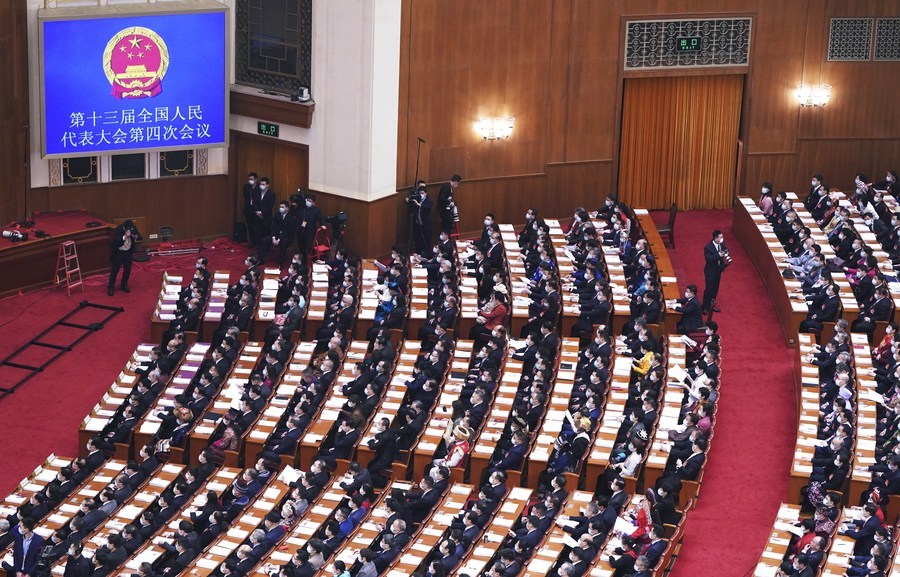 The fourth session of the 13th National People's Congress (NPC) opens at the Great Hall of the People in Beijing, capital of China, March 5, 2021. (Photos: Xinhua)

As national lawmakers and political advisors gather for China’s “two sessions”, the world is keeping a close eye on how this annual political event will further strengthen the nation’s poverty alleviation achievements, which have been hailed by experts as “historic and unprecedented”.

This year's gathering, which is held in Beijing amid the COVID-19 pandemic, takes on a special importance. China, a country with a population of 1.4 billion, has just declared complete victory in eradicating absolute poverty, and will now embark on a new journey with the next five-year plan.

“No other country can claim to have brought so many people out of poverty in such a short period of time – basically less than two generations,” said Mattel Marchisio, Country Director and Representative for China, Head of the East Asia Regional Hub and South-South Cooperation Center, International Fund for Agricultural Development (IFAD). 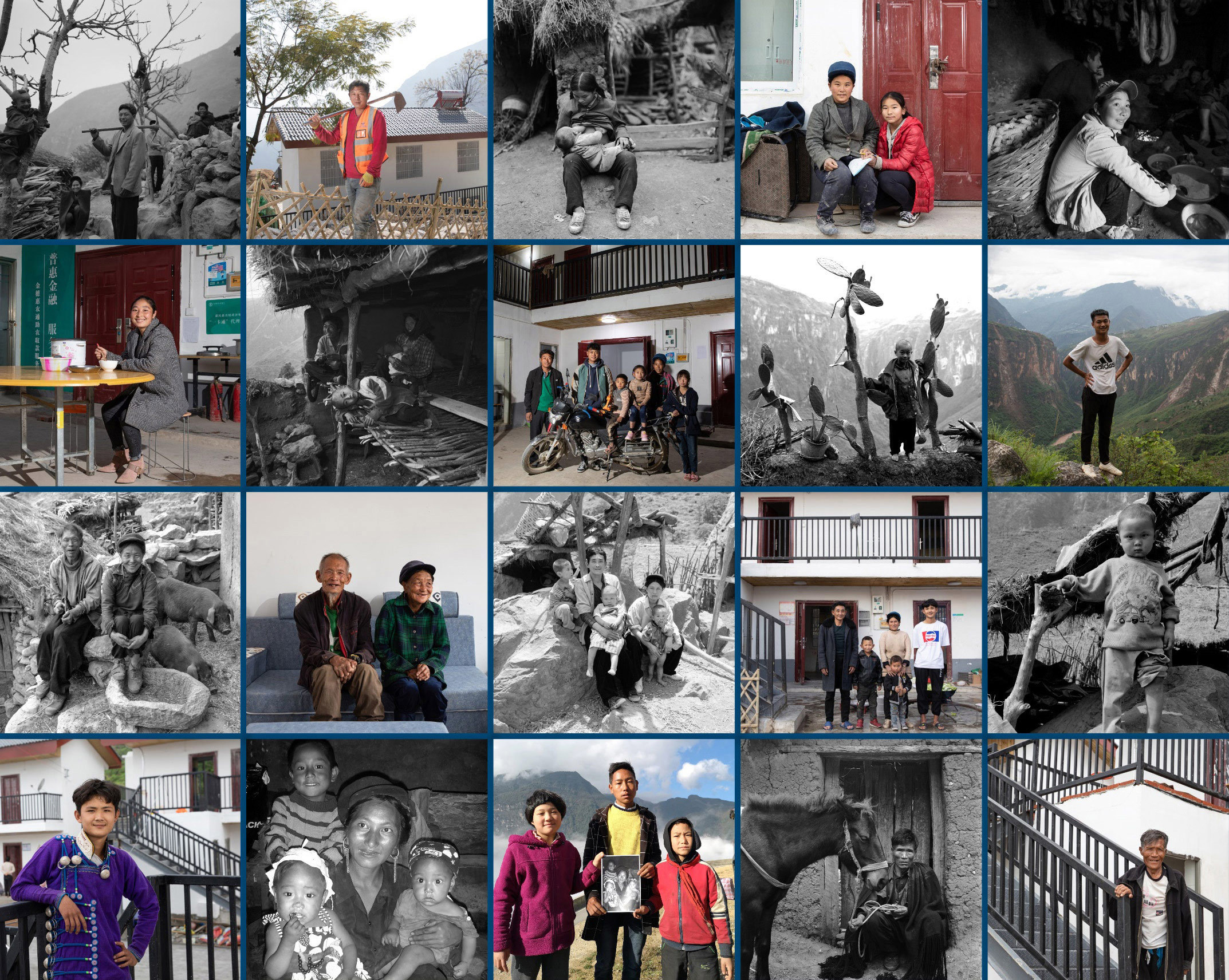 China’s eradication of absolute poverty is a hard-won achievement, as the COVID-19 pandemic has made the already challenging mission an even harder nut to crack. According to the latest UN World Economic Situation and Prospects, job and income losses have pushed an estimated 131 million more people into poverty in 2020.

Despite these unprecedented challenges, China did not give up on delivering its promise to end the nation’s absolute poverty. Last year, all of the country's nearly 100 million impoverished rural residents living below the current poverty line cast off poverty after eight years of arduous efforts, achieving the UN poverty reduction goal a decade ahead of schedule.

“However, as President Xi has reminded on several occasions, ending poverty is not the end, but just a step towards building a ‘strong, democratic, civilized, harmonious and modern socialist society’ – China’s long-term goal,” said Marchisio.

According to Marchisio, China will still need to deal with several challenges in its pursuit of that goal. 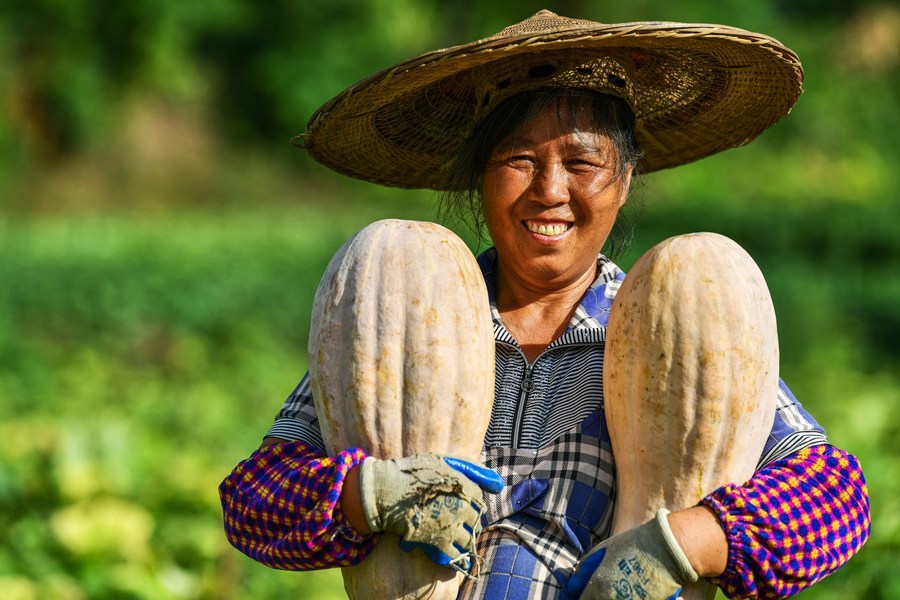 “Sustaining poverty achievements remains a priority of China’s future mission to tackle poverty. It is important to invest to increase and diversify the income generating opportunities in rural areas, enhance access to financial services – credit and insurance – to rural households, and expand the coverage of social protection and safety net programs to cover this segment of the population,” he said.

According to Marchisio, reducing inequalities – between coastal and western provinces, and, particularly, between urban and rural areas - as well as ensuring environmental sustainability are also important for China to hold on to its poverty alleviation achievements.

“These priorities are very much at the core of the concept of ‘rural vitalization’, the new development framework for post-2020 China. The concept of rural vitalization sets forth a clear shift in the government’s focus from ‘eradicating absolute poverty’ to ‘sustaining poverty alleviation achievements and developing rural areas’,” he further added. 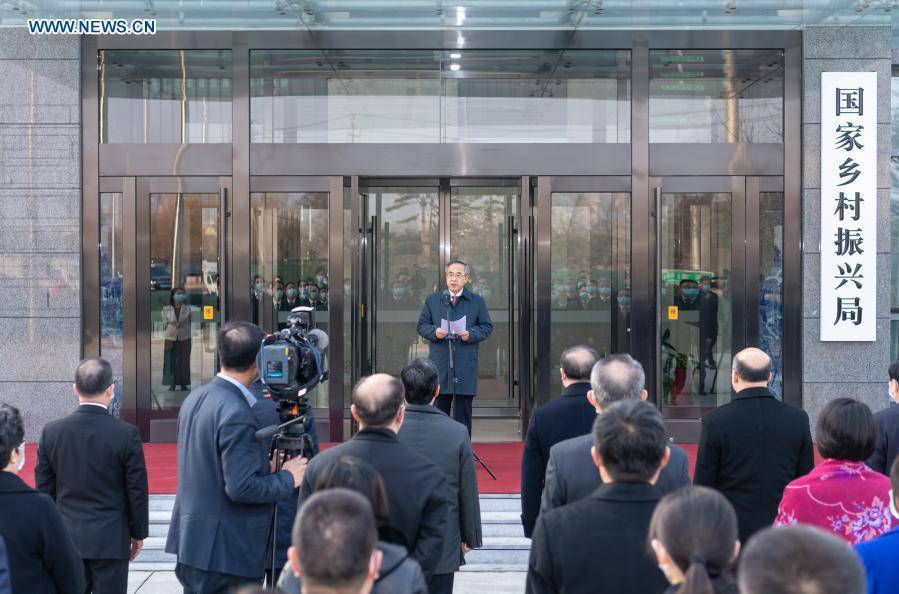 Chinese Vice Premier Hu Chunhua, also a member of the Political Bureau of the Communist Party of China Central Committee, attends the inauguration ceremony of the new national administration for rural vitalization in Beijing, capital of China, Feb. 25, 2021.

China will prioritize the development of agriculture and rural areas, and fully advance the rural vitalization strategy during the 2021-2025 period, according to a draft outline of the 14th Five-Year Plan for national economic and social development and the Long-Range Objectives Through the Year 2035.

“The International Fund for Agricultural Development (IFAD) supports such a shift. We believe that only by investing in rural areas, promoting economic opportunities for the rural people, pursuing environmental sustainability, and – ultimately – reducing the divide between urban and rural areas, will China succeed in achieving its second centenary goal,” said Marchisio.

This year, IFAD and China celebrate the 40th anniversary of the first IFAD loan to China. This proves the strong and long-lasting ties between IFAD and China. “IFAD stands ready to support China in pursuing its second centenary goal as it has supported China over the past 40 years, in reducing rural poverty and achieving its first centenary goal,” Marchisio added.