CHINA China's poverty reduction a miracle and benefit to the world

China's poverty reduction a miracle and benefit to the world

Chinese President Xi Jinping announced that China had secured a "complete victory" in its fight against poverty at a grand gathering held last week in the Great Hall of the People in Beijing to mark the nation's poverty alleviation accomplishments and honor model poverty fighters.

China's poverty reduction miracle has provided a precious Chinese benefit to the world, Xi said, and the accomplishments have won high praise from the international community.

Nobel Prize winning economist Amartya Sen said of poverty that it is not just about lacking supply, but also lacking rights. 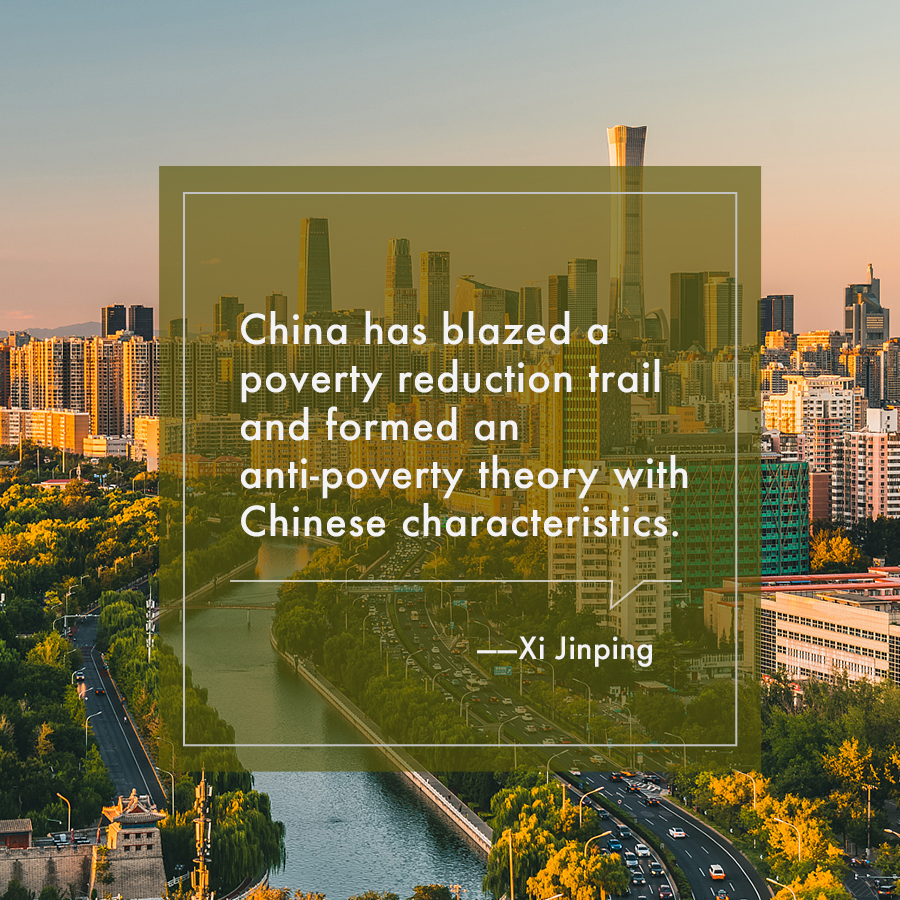 By tackling poverty through the lens of industry, e-commerce, ecological protection, rural infrastructure and rural living standards, China’s poverty reduction has guaranteed impoverished people’s right to survival and development, transformed lifestyles and production methods, and improved their standard of living and spiritual lives.

Asked what the world could learn from China’s development experience, Peter Nolan, director of Cambridge University’s Center of Development Studies, said that the most important thing was moral ethics and the Chinese character ren. He explained that in ancient Chinese philosophy, ren referred to trying to benefit the people, an idea meaningful for the modern era.

According to Renzo Cavalieri, a professor of East Asian law at Ca'Foscari University of Venice, China's success in battling poverty offers hope for other countries aiming to defeat poverty. He noted that China's strategies were tailored specifically to different situations in different regions of the country and at different phases. "Each country has to figure out its own strategies fitted to that country's situation," he said.

China's removal of up to 700 million people from poverty was "the work of a nation committed to its people," according to Stephen Perry, chairman of Britain's 48 Group Club. Asked what other nations could learn from China about poverty reduction, Perry highlighted the significant role played by the policy of reform and opening-up, which has been implemented for more than four decades and is currently being reinforced.