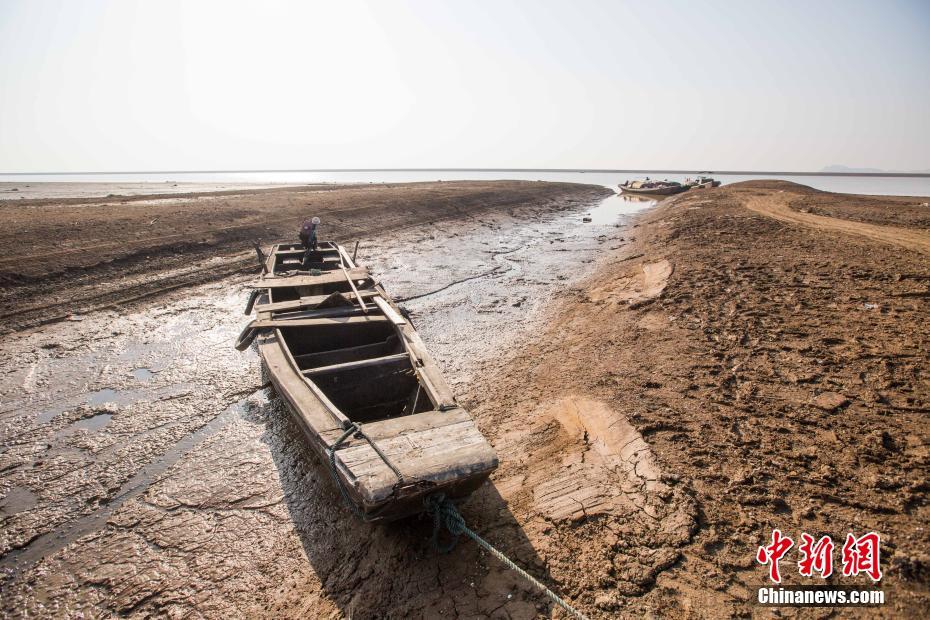 At 8:00 a.m. Wednesday, the water level at the lake's Xingzi hydrological station dropped to 11.7 meters, measuring 4.55 meters lower than the long-term annual mean.

The total area of the lake on Wednesday was 1,340 square kilometers, holding 2.69 billion cubic meters of water, which were both less than the previous day.

According to water resource authorities of Jiangxi, the early coming of the dry season is mainly caused by a water shortage in the lake's five primary inflows and less rainfall since late July, the second-lowest on record for the province.

The provincial meteorological department forecast that the water level at Xingzi station might drop below 10 meters in late September due to high temperatures and less rainfall.