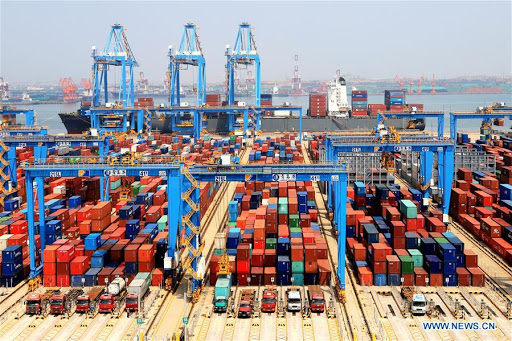 Twenty-nine of 31 provinces, autonomous regions and municipalities on the Chinese mainland have set their GDP growth rate higher than 6 percent in 2021, according to the released work reports from the local governments as of Tuesday.

Central China's Hubei Province and the only tropical island province Hainan are working towards a goal of more than 10-percent economic growth.

Hubei, the first place hit by the COVID-19 pandemic in China, recorded a negative 5 percent economic growth in 2020, the only province on the Chinese mainland that suffered a negative growth last year. Based on a relatively low GDP growth, Hubei could see a rebound in 2021.

Last June, China released a master plan for the Hainan free port that aims to build the island province into a globally influential duty-free trading center by the middle of the century, which will provide extra boosts for the province's growth.

Leveraging the strategic position, Hainan will strive to exceed 60 billion yuan ($9.29 billion) in tax-free sales this year, according to the local government work report. Moreover, the province will open 160 new domestic and international air routes bringing the total to 646 within five years, increasing the number of accessible cities to 200 and the passenger throughput to 60 million.

Tibet led the 2020 growth rate among the 31 provincial-level regions, with a pace of 7.8 percent, followed by southwestern provinces Guizhou and Yunnan, which recorded a growth rate of 4.5 percent and 4.0 percent, respectively.

In 2021, Tibet's GDP growth target is over 9 percent, while the pace is set around 8 percent for Guizhou and Yunnan. 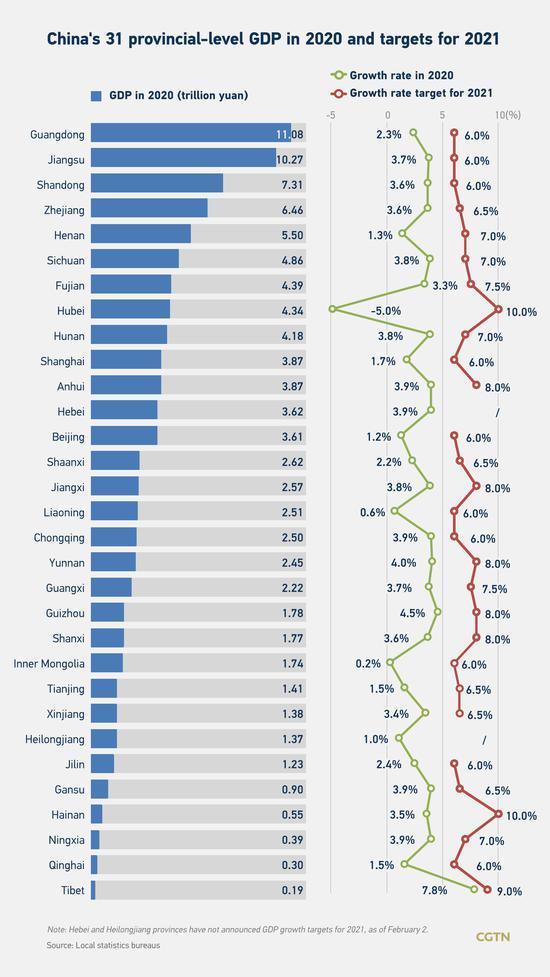