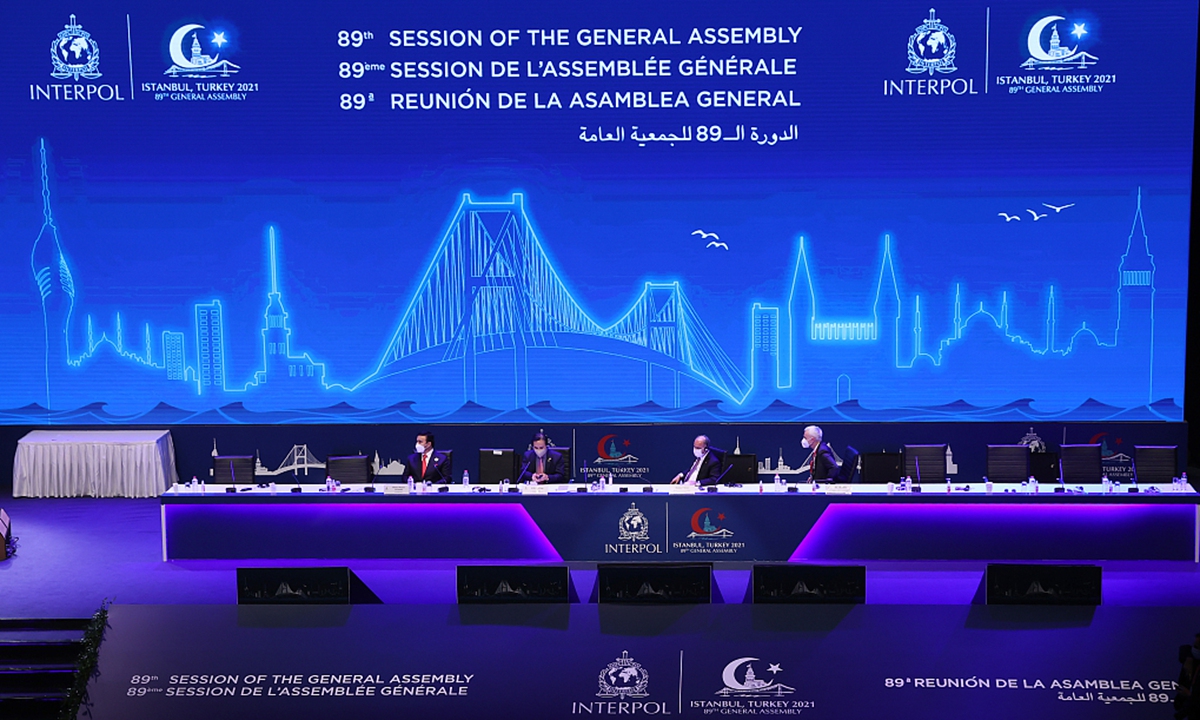 A senior official from China's Ministry of Public Security (MPS) was elected on Thursday as one of the 11 new members for Interpol's executive committee, despite the slander and malicious obstruction from some so-called "human rights" activists and Western politicians.

Hu Binchen, a deputy director general of the MPS's international coordination department, won one of two seats representing Asia on the executive committee for a three-year term, Interpol said on Thursday.

The other seat for Asia was won by India's Praveen Sinha, special director of India's Central Bureau of Investigation.

The Interpol General Assembly held in Istanbul on Thursday ended with overwhelming support for the organization's current and future activities to combat transnational crime across its expanded membership of 195 countries, Interpol said.

The General Assembly closed with the election of 11 new members of its executive committee, including the president of assembly Ahmed Nasser Al Raisi of the United Arab Emirates.

The total 13-member executive committee, which meets three times a year, is the governing body in charge of supervising the execution of the General Assembly's decisions.

As a member of the Interpol, China is taking concrete steps to support the organization's goal of fighting terrorism and cross-border crimes by putting forward appropriate candidates, Chinese Foreign Ministry spokesperson Zhao Lijian said last week, in response to concerns of China's nominee to the Interpol executive committee.

During the past week, several so-called "human rights" activists and politicians hyped the election, attacking China's nominee, with some even attempting to obstruct Hu's election.

They also used the election to make groundless accusations against China's "Operation Fox Hunt" anti-corruption campaign, which was carried out by the MPS.

Operation Fox Hunt targets Chinese suspected of economic crimes, who have fled overseas, and seeks to recover their illicit gains.

Interpol is a professional organization focused on tackling cross-border crimes. It should be free from the disruption of politics and other factors, Zhao said, noting China will continue to support Interpol in playing its key role as a multilateral police cooperation platform in accordance with its constitution and regulations.