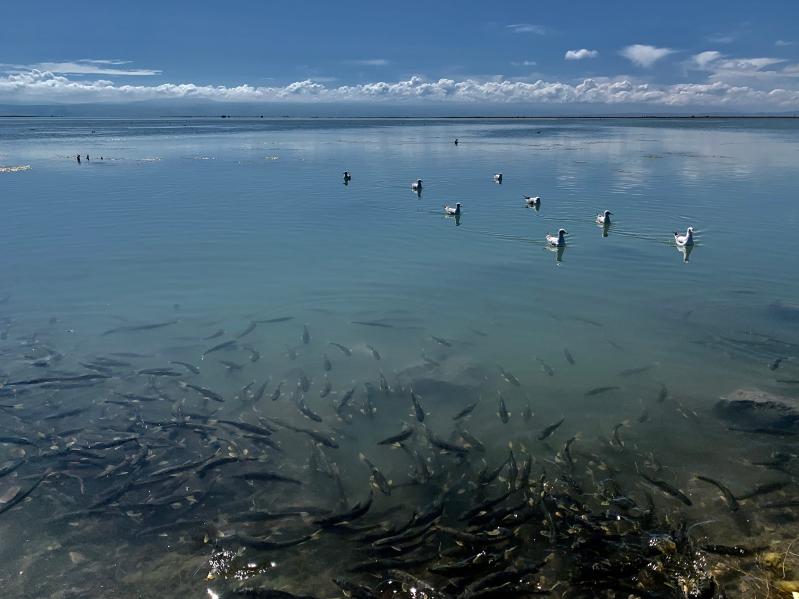 XINING, Dec. 30 (Xinhua) -- China will start another 10-year ban on the fishing of naked carp in Qinghai Lake and rivers upstream in the northwestern province of Qinghai.

The sixth ban, which aims to boost stocks of the rare species and better protect the eco-system of the plateau lake, will last from Jan. 1, 2021 to Dec. 31, 2030, according to the Qinghai provincial agriculture and rural affairs department.

During the period of the ban, all organizations and individuals are prohibited from fishing naked carp in Qinghai Lake and more than eight rivers that flow into it. Authorities have also banned the purchase, transport, storage and smuggling of naked carp by any means.

The slow-growing carp species, known as "Huangyu" in China, is endemic to the Qinghai Lake and under second-class state protection. It is not only critical to the existence of local bird species, but to the ecological balance of the highland lake.

Owing to overfishing and environmental deterioration, the population of naked carp declined sharply in the 1960s and 1970s. In 2002, Qinghai Lake only had 2,592 tonnes of naked carp.

With measures including the fishing ban and releasing fish fry into the lake over the past two decades, the stocks of naked carp in Qinghai Lake have grown to 100,400 tonnes, reaching 31.37 percent of the original stocks, said Yan Gaofeng, an official with the department. "The stocks have entered a fast-recovery period," Yan said.

"Naked carp is the core of the ecological chain of Qinghai, and protecting the carp is aimed at maintaining the ecological balance of the lake," said the official.