Northwest China's Qinghai province has restored about 574,000 hectares of desertified land in the past five years, said the provincial forestry and grassland authorities at an anti-desertification conference. 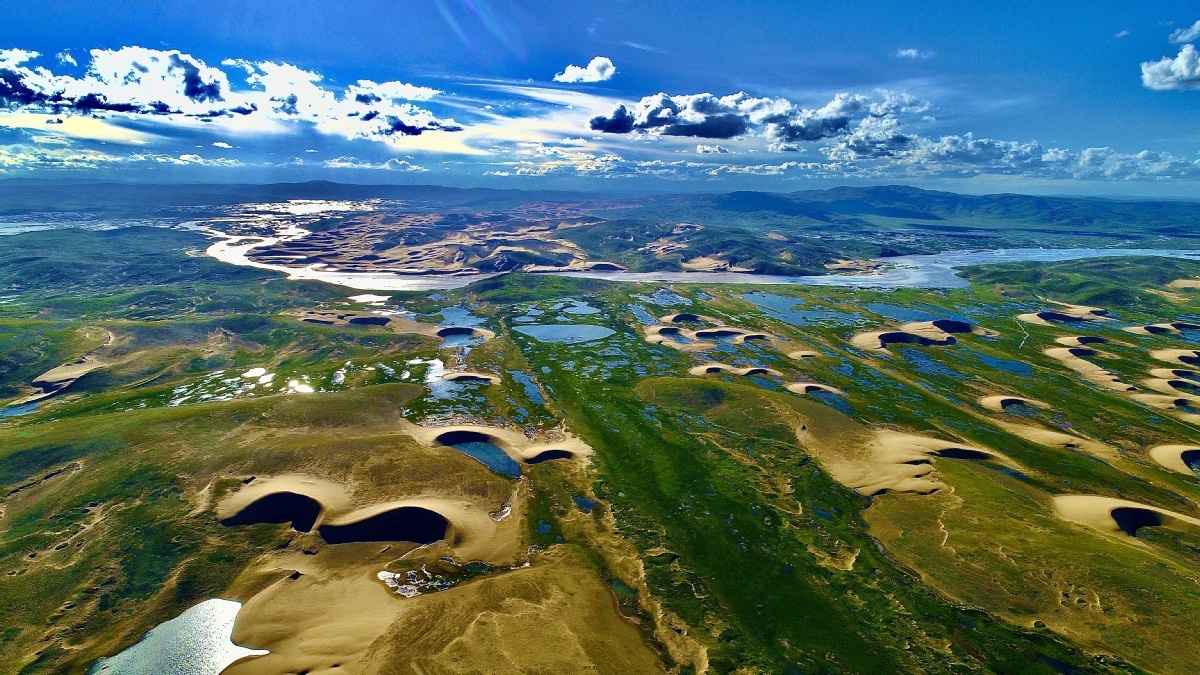 A bird's-eye view of Sanjiangyuan National Park, Qinghai province. The venue is due to open later this year and officially become China's first national park. (Photo provided to China Daily)

Located on the Qinghai-Tibet Plateau, the province is home to the headwaters of the Yangtze, Yellow and Lancang rivers and many rare wildlife species. However, the ecology of Qinghai is extremely fragile, as desertified lands are distributed over a wide area.

Li Xiaonan, director of the provincial forestry and grassland bureau, said that from 2016 to 2020, the province invested about 1.89 billion yuan (about $292 million) to fight desertification.

With continuous improvement of the ecological environment, lives of farmers and herdsmen have also become better. Bainma Rigzin, a villager, said yields of potatoes, soybeans and wheat he planted have doubled, and more young people who used to work far from the village are returning home.