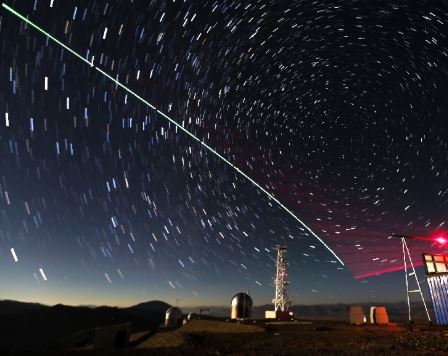 Yin Juan, a member of the QUESS team who received the annual Newcomb Cleveland Prize in Washington on Thursday night said so in an interview with Xinhua.

In the next two years, the QUESS team is expected to have the inter-continental quantum key distribution experiments with those from Italy, Russia and South Korea.

"We are open to international cooperation," said Yin, a professor of the University of Science and Technology of China. A team of 34 Chinese physicists led by Pan Jianwei with the university won the annual award that honors the most impactful research paper published in the journal Science.

The paper published in the journal Science in June 2017 reported the experiment that sends entangled photon pairs through the near-vacuum of space, measuring the quantum keys at receiving stations over 1,200 km apart.

Based on the QKD technology, Chinese researchers could launch three more small-size satellites in the next three to five years to form a network that can fulfill more quantum communication tasks, a critical step to create the infrastructure of a globalized quantum internet one day, said Yin.

The QUESS team won the prize delivered by the American Association for the Advancement of Science as it laid the groundwork for ultra-secure communication networks of the future.