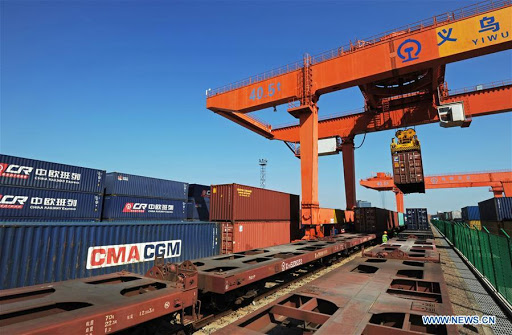 BEIJING, May 10 (Xinhua) -- China's rail freight volume, an indicator of broad economic activity, rose slightly in the first four months of the year, a sign of recovery from the COVID-19 shock amid continuous efforts to contain the epidemic.

The country's state-operated railways carried a total of 1.09 billion tonnes of freight during the January-April period, up 2.4 percent year on year, according to data from the China State Railway Group Co., Ltd.

In April alone, the railways transported 267 million tonnes of cargo, an increase of 0.2 percent from one year earlier.