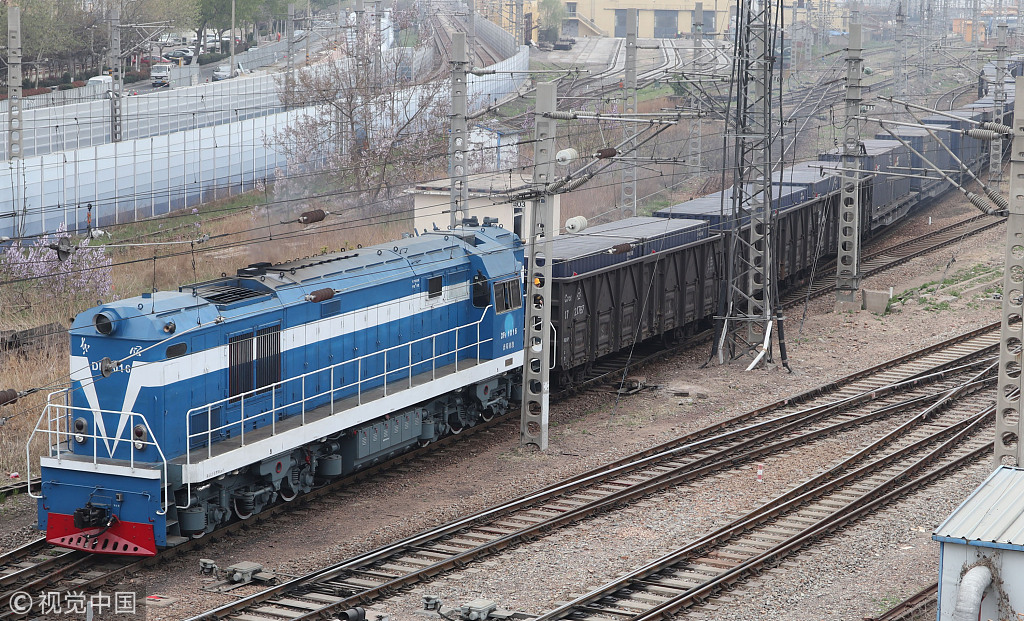 China will increase its railway freight volume by 30 percent, or 1.1 billion tonnes, from 2017 to 2020, an official said Monday, as the country is working to improve its transport network and services.Liu Xiaoming, vice minister of transport, announced a series of detailed targets of a three-year action plan at a press conference.Apart from the growth in railway cargo, the country's waterborne freight will rise 7.5 percent, or 500 million tonnes, in 2020 from the level in 2017. Meanwhile, road freight transport from coastal ports will drop by 440 million tonnes.The action plan is designed to improve the structure of China's transport services. Liu said planning and construction of different means of transportation will be coordinated.Measures will be taken to make transport services greener, Liu said, predicting emissions of nitrogen oxides would be reduced by 1.1 million tonnes in the next three years, fine particulate matter by 55,000 tonnes, and nitrogen dioxide by 100 million tonnes.