BEIJING, July 24 (Xinhua) -- China's railway police authorities have stepped up efforts to crack down on the misconducts of train fare evasion, especially riding outside of the purchased distance, in a bid to maintain good transport order. 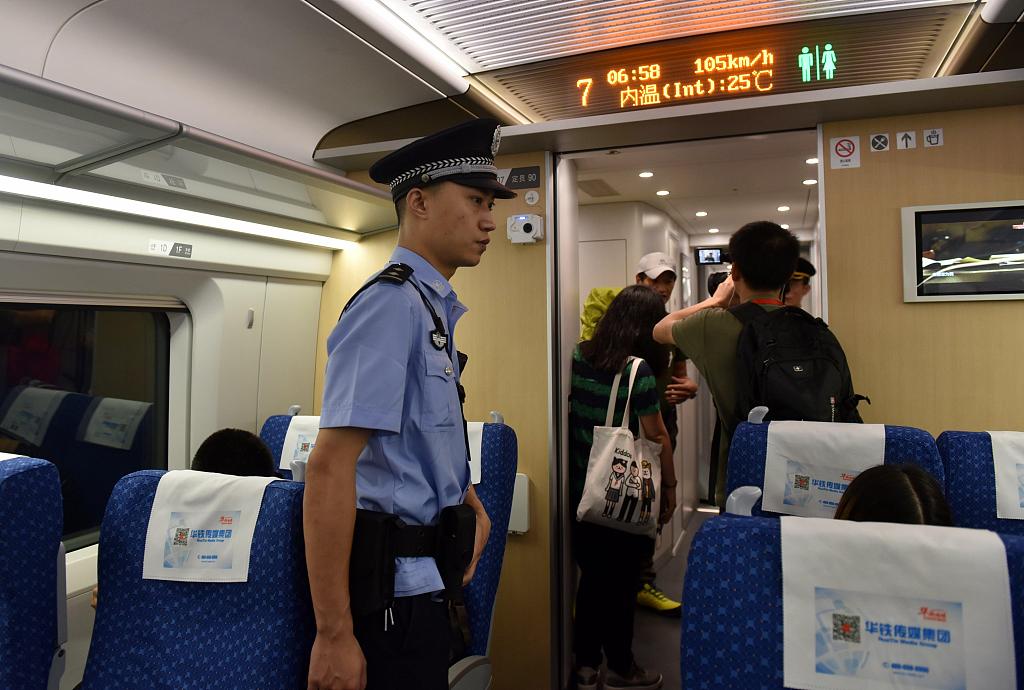 The patrol force in train stations has been strengthened by local railway police to scrutinize suspicious passengers who ride without tickets or possess several short-distance tickets, with closer monitoring of irregular ticket purchases, according to the railway police department of the Ministry of Public Security.

Railway police have also teamed up with local stations and transport departments to enhance the identity check of passengers and remain informed of any suspicious behaviors for further investigation, the department said.

In May, Chinese railway police detained a man under suspicion of fare fraud after he deliberately dodged train tickets for over 400 times since last year, according to the Beijing railway police.

Police said the man has already been included in a railway credit record system and banned from travel for 180 days.