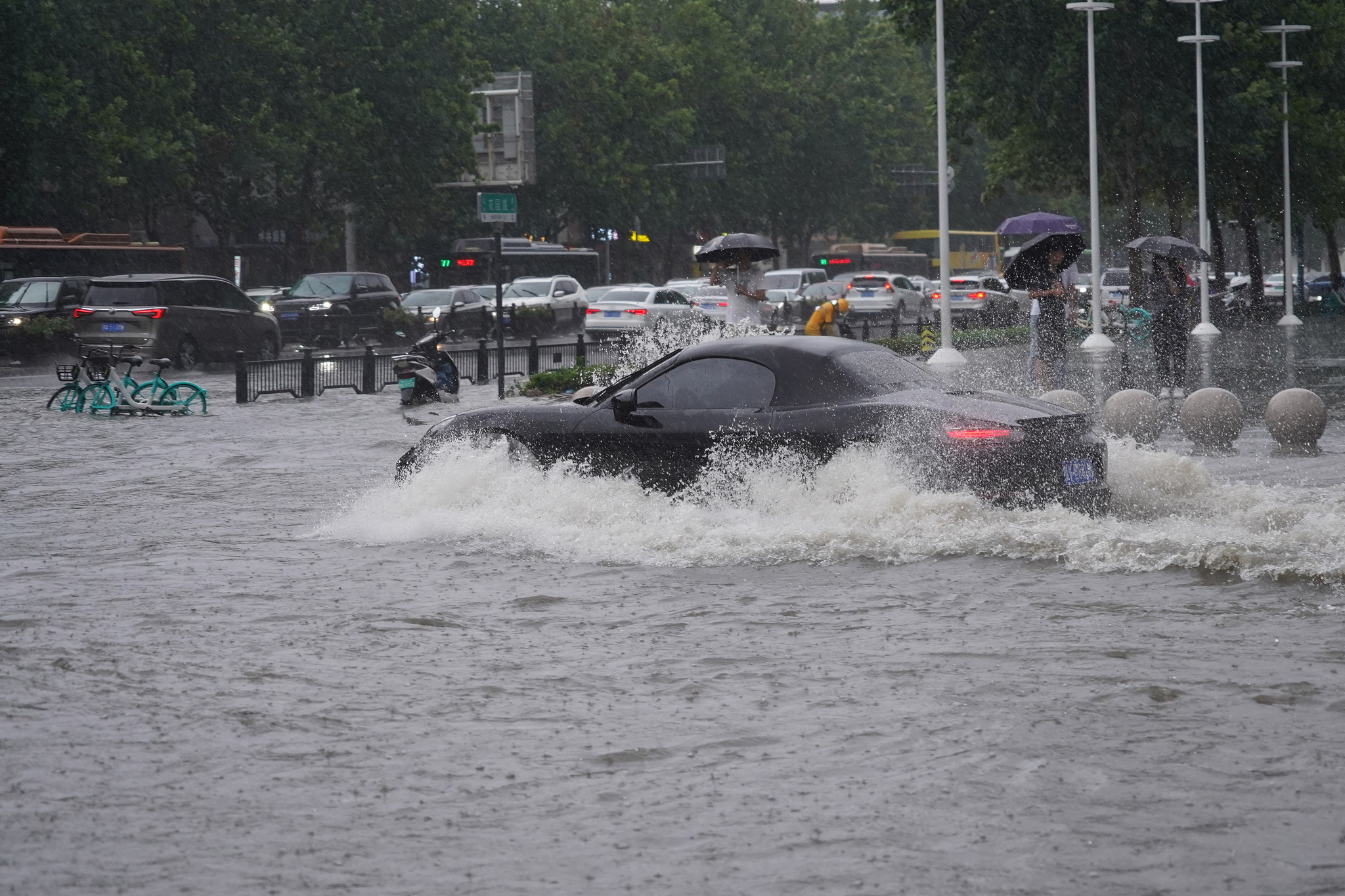 A total of 12 people have been killed in the torrential rains in the downtown area of Zhengzhou, the provincial capital. About 100,000 flood-affected people have been relocated to safe places so far.