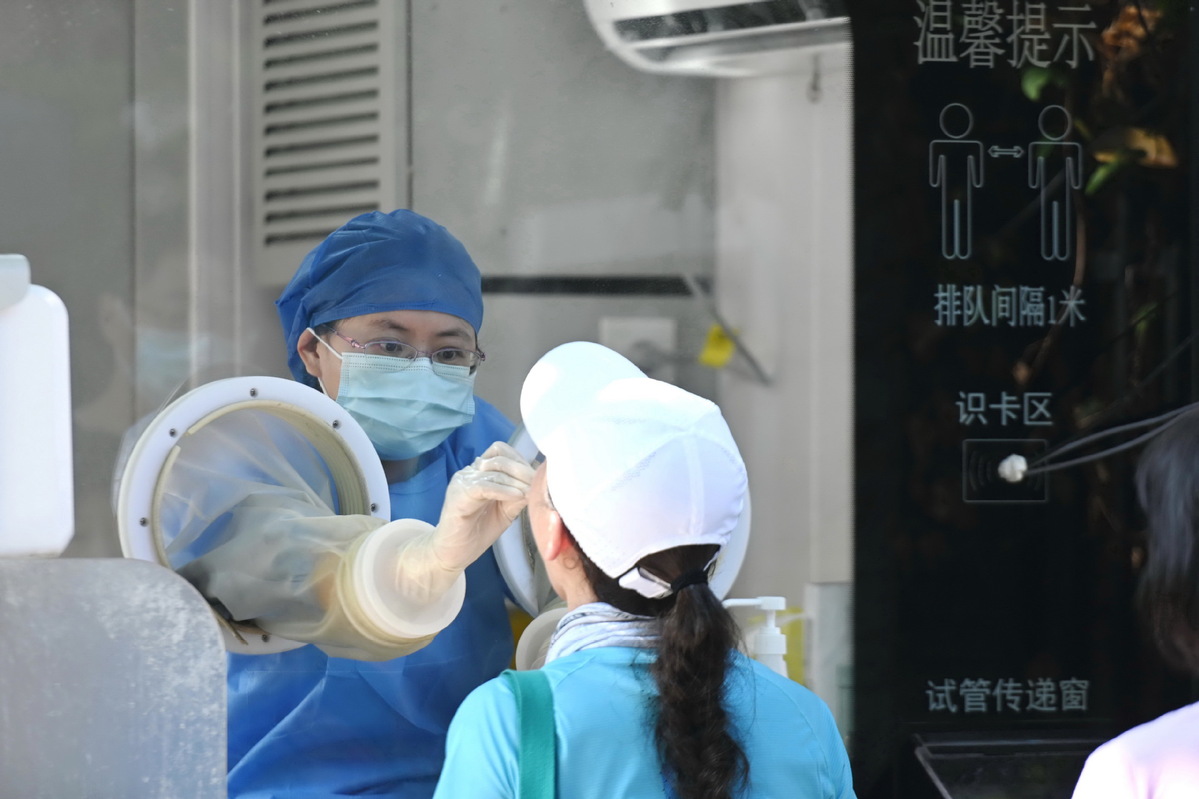 A medical worker takes a swab sample from a resident for nucleic acid test at a community testing site for COVID-19 in Gulou district of Fuzhou, Fujian province, Oct 2, 2022. (Photo: Xinhua)

Chinese people have borne the minimum influence of the COVID-19 epidemic in terms of possibility of infection and mortality, said a senior official.

Wu Zunyou, chief epidemiologist at the Chinese Center for Disease Control and Prevention, said at a news conference on Thursday, in Beijing, that though other nations in the world have been affected by the COVID-19 epidemic in past three years, Chinese people have received minimum influence in comparison.

He cited figures from the World Health Organization that as of Monday, the United States has reported 95,260,865 confirmed cases, among which 1,050,195 died from the novel coronavirus. However, the Chinese mainland reported 1,009,114 cases, including confirmed and asymptomatic, with the death toll of about 5,226.