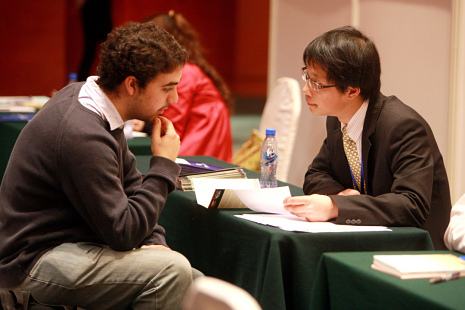 The Convention on Exchange of Overseas Talent, a recruitment fair to be held in China's southern Guangzhou City next week, is expected to attract more overseas talent to China.

A total of 109 government delegations and 99 universities, scientific research institutions and enterprises will bring around 2,000 projects and more than 10,000 jobs for overseas talent during the fair.

So far, more than 2,500 overseas researchers and students, including foreigners have signed up to participate, with around 60 percent having a doctor's degree.

The convention will be held between Wednesday and Thursday in Guangzhou, southern China's Guangdong Province.

China's economy has entered a period featuring medium-high growth rather than fast growth, along with upgraded economic structure and innovation.

"The changes in the world's second-largest economy are pushing up demand for skilled workers," said Cai Yifei, associate researcher with the Chinese Academy of Social Sciences.