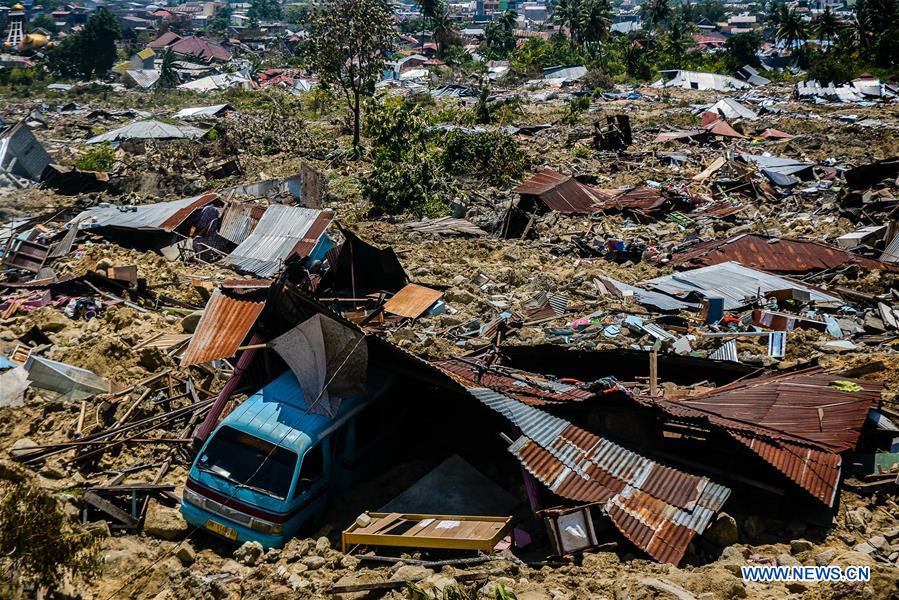 JAKARTA, Oct. 2  - The Red Cross Society of China and Chinese enterprises have been actively taking part in emergency relief work in the quake, tsunami-affected areas in Indonesia's Central Sulawesi province.

Multiple powerful quakes which were followed by a tsunami struck Central sulawesi province on Friday, killing 1,249 people so far and displacing more than 60,000 others.

The Red Cross Society of China has decided to donate a total of 200,000 U.S. dollars to its Indonesian counterpart, Palang Merah Indonesia, to help shore up relief works in the province, according to Chinese embassy officials in Jakarta.

Chinese-invested company in Indonesia PT IMIP has sent three heavy machinery equipment to the disaster areas to help the evacuation of local residents, said Irsan Widjaja, director for operation of the firm, in a statement.

"We have deployed a boom truck and two other heavy machinery equipment to the scene," he said.

The tsunami with the height of 0.5 to 3 meters devastated coastal areas near Talisa beach in Palu city, capital of the province and Donggala district, the meteorology and geophysics agency said.