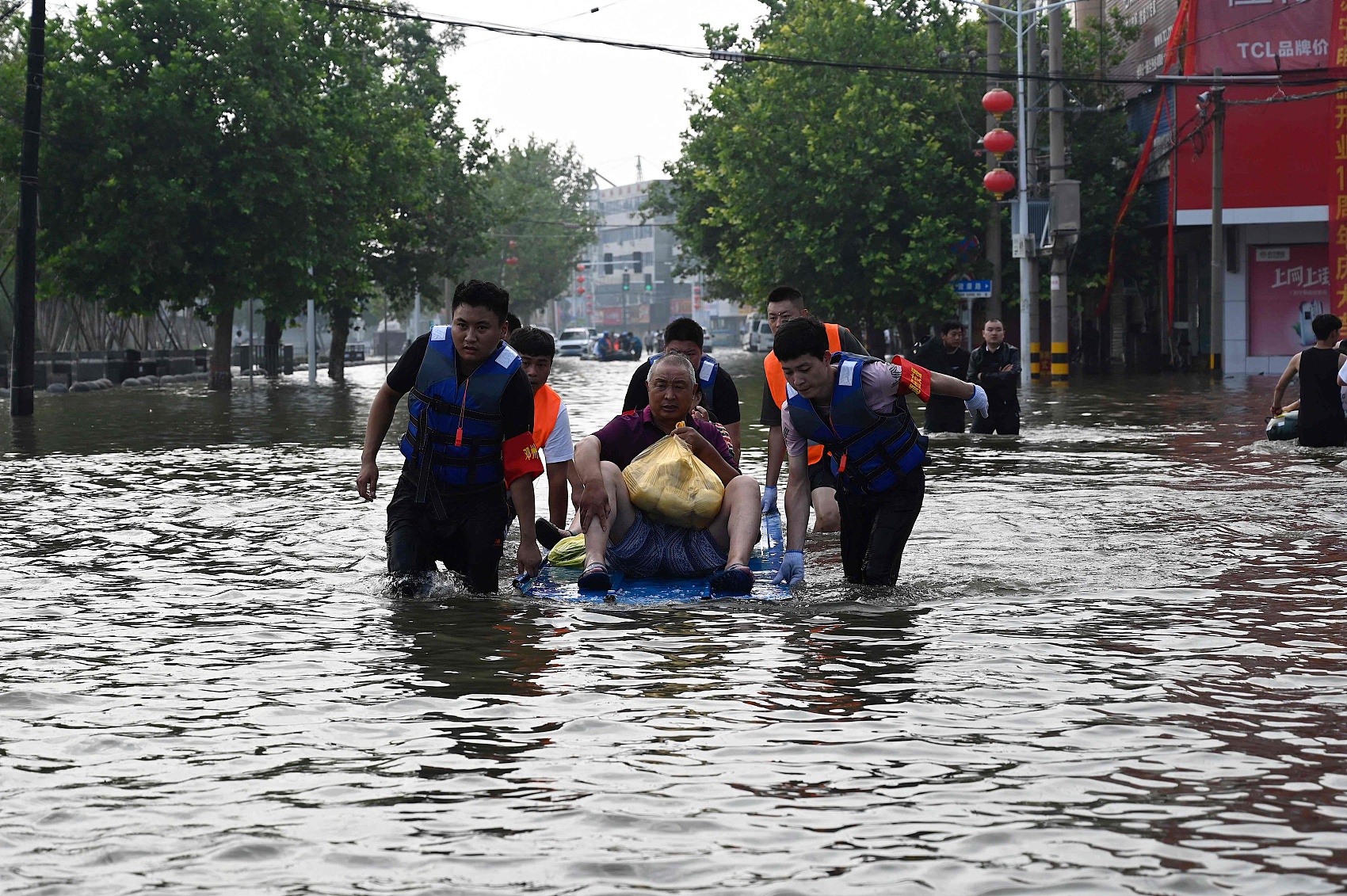 Rescue team members transfer residents from their home on a flooded road after heavy rain in Xinxiang, in central China's Henan province on July 23, 2021. (Photo: AFP)

BEIJING, Aug. 12 (Xinhua) -- The Chinese Red Cross Foundation (CRCF) said it received over 400 million yuan (about 61.8 million U.S. dollars) in money and materials as aid for central China's Henan Province, which was hit by severe rainfall and floods last month.

Over 365 million yuan was spent on disaster relief supplies, rescue operations, medical equipment and services, epidemic prevention materials, and reconstruction of schools, among others, according to the CRCF.

The CRCF said it received over 67.3 million yuan through 1.84 million donations via online charity platforms' crowd funding projects, a record-high amount of its kind for the foundation.