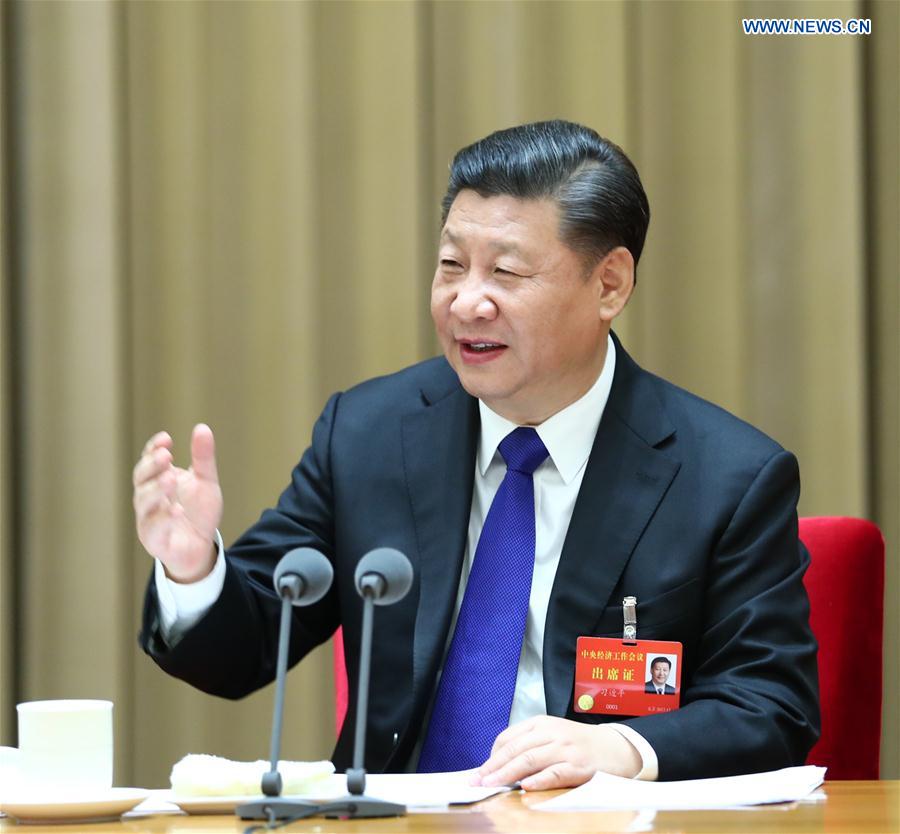 About 40 years after China set sail on its voyage of reform and opening-up, the journey is still at full speed and heading towards ever greater goals.

In his report to the Party congress, Xi listed "continuing to comprehensively deepen reform" in the basic policy to uphold and develop socialism with Chinese characteristics for a new era.

The report proposed 158 reform measures and clarified important reform areas and key sections, including the supply-side structural reform which gives priority to improving the quality of the supply system.

During his first inspection tour to east China's Jiangsu Province after the Party congress, Xi made important instructions on reforms of state-owned enterprises, economic restructuring in regions running out of natural resources, and rural vitalization.

In the following months, from southern Hainan Province, central Hubei Province to eastern Shandong Province, Xi has as always taken the lead in guiding deepening reform in all areas to make new advances.

At its first meeting in mid November 2017, the leading group for deepening overall reform of the 19th CPC Central Committee, headed by Xi, set the principles of carrying out reforms and underscored systematic, unified and coordinated action in pushing forward those tasks.

An action plan from 2018 to 2022 has been issued, elaborating on who, when and how to carry out the 158 reform measures.

Xi has repeatedly voiced his resolve to continue reform.

"China's reform will cover more areas, and more and stronger steps will be taken in pursuing this endeavor," Xi said at the Asia-Pacific Economic Cooperation (APEC) CEO Summit in Da Nang, Vietnam, in November 2017.

At the opening ceremony of the Boao Forum for Asia annual conference in April, Xi called reform and opening-up "China's second revolution" that had not only profoundly changed the country but greatly influenced the whole world.

"We should endeavor to advance structural reform, remove all institutional barriers to innovation and fully unlock innovation potential and energize the market," Xi said on July 25 when addressing the BRICS Business Forum in Johannesburg, South Africa.

At its annual session in March, the National People's Congress adopted an amendment to the Constitution, which laid the solid foundations for long-term, comprehensive reform.

At the same time, a large-scale reform of Party and state institutions was unfurled. In less than three months, the country established and restructured 25 Party and government institutions.

Several promising areas have been selected to be pilots for advancing reform and opening-up.

In April, Hainan Province, a special economic zone of 30 years, received the guidelines on supporting its efforts to deepen reform and opening-up from the CPC Central Committee and the State Council.

Since the announcement of its founding in April last year, Xiongan New Area, sitting at the center of the triangular area formed by Beijing, Tianjin, and Hebei's provincial capital Shijiazhuang, has been gradually materializing Xi's strategic vision.

At a July meeting of the central committee for deepening overall reform, Xiongan was granted greater powers to conduct reform and take the initiative of reforms in innovative development, city governance and public service.

From the Hainan pilot free trade zone in the south to Xiongan New Area in the north, China has been opening its doors wider and wider by rolling out more reform measures nationwide.

Reform measures formulated on a basis in pilot free trade zones have been copied and promoted elsewhere in the country.

China has also been gearing for the China International Import Expo, which will be held in Shanghai in November.

A mechanism for solving trade, business and investment disputes along the Belt and Road has also been set up.

From elderly services to medical insurance, from education to employment, from economic development to social causes, China has implemented a series of targeted reform measures to meet the people's need for a better life.

China's continued reform and opening-up is advancing with a strong momentum and being welcomed worldwide. The 2018 China Business Climate Survey Report, released by the American Chamber of Commerce in China, revealed that 74 percent of its members plan to expand investment in China, the highest percentage in recent years.