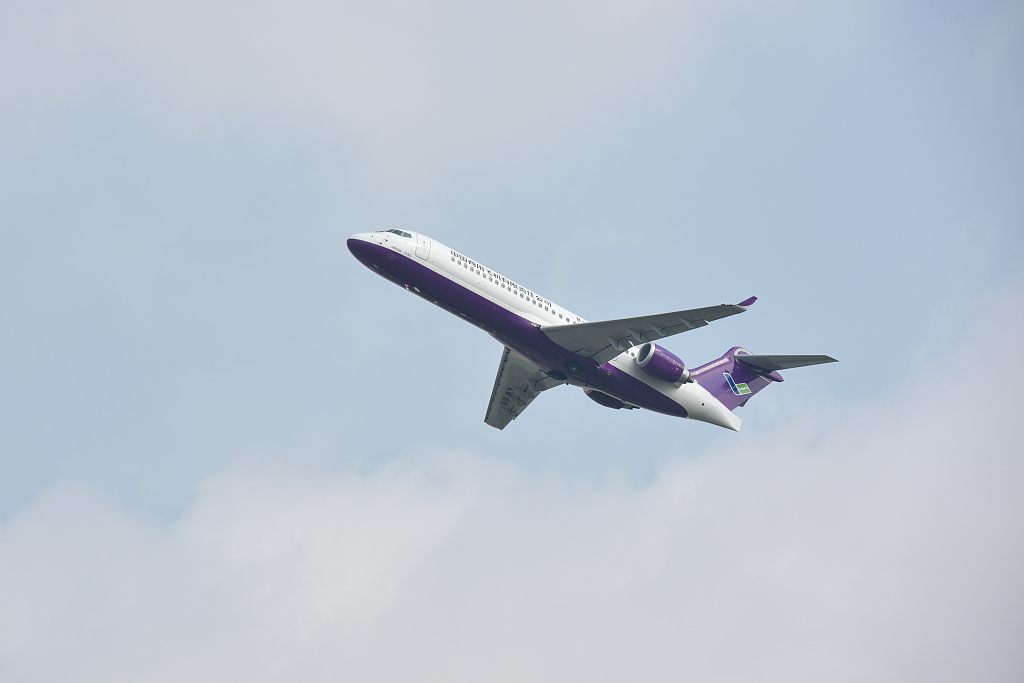 The jetliner completed a route linking Kunming, capital of Yunnan, with two other well-known tourist cities in the province Monday, the paper said.

Yunnan is located on the Yunnan-Guizhou Plateau, a highland region in southwest China. Kunming has an average elevation of about 1,895 meters above the sea level.

A series of demonstration flights, held over three days, will test the jetliner's performance and its compatibility with high altitude airports.

By the end of 2018, China's civil aviation had a total of 36 high altitude airports, mainly in the western areas.

The ARJ21, manufactured by the Commercial Aircraft Corporation of China based in Shanghai, is the country's first regional jetliner to serve central and western cities. Apart from its adaptability to high temperatures and high altitudes, it has a strong crosswind resistance that can allow the aircraft to take off and land safely under complex conditions.

The  Chengdu Airlines, for one, has used the the ARJ21 planes to connect more than 20 cities, carrying more than 450,000 passengers. More air service providers are following suit.