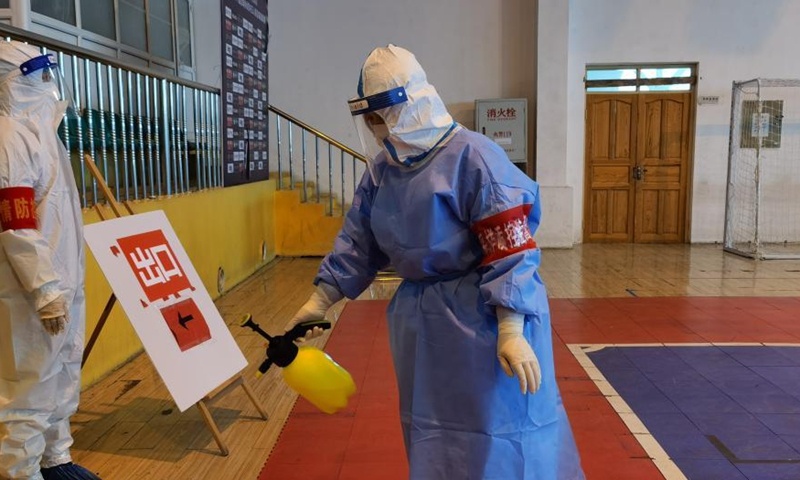 China's response to the COVID-19 pandemic was "scientific," "timely" and "transparent" which "laid the foundation for the global control of the pandemic," Chinese top epidemiologist said Saturday, rebutting US accusations that the pandemic was caused by China's lack of transparency.

Virus isolation, genome sequencing, specifying the average incubation period, and determining the main modes of transmission were the most important contributions made by Chinese scientists to the world, Wu Zunyou, chief epidemiologist of the Chinese Center for Disease Control and Prevention, said in an address to the virtual meeting of the Beijing Forum on Saturday.

China's early response laid a scientific foundation for China and the international community to prevent and control the epidemic, he noted. At the forum, Wu restated how Chinese officials and scientists reacted quickly to the pneumonia of unknown cause when it first broke out in Wuhan, Central China's Hubei Province.

China only spent three weeks from the discovery of the epidemic to making the decision of locking down Central China's Wuhan. It only took about a week since China discovered the epidemic and isolated the pathogens, the shortest time on record for scientists to recognize a new infectious disease, Wu pointed out.

Chinese scientists made another record-breaking achievement in history by successfully isolating pathogens to creating diagnostic reagents for clinical diagnosis in days, he said.

He stressed that Wuhan's seafood market was closed despite the fact that there were only 27 infections linked to the market and the main transmission mode of this virus was still a mystery. The decision of locking down Wuhan, a city with more than 10 million people, was made in January when only around 500 cases were reported in the city.

"The lockdown of Wuhan prevented 1.5 million people from being infected with the virus and 60,000 people from dying from it in China."

The forum that Wu attended comes at time when a special UN session this week addressed the COVID-19 pandemic and pushed for a COVID-19 vaccine to be made available to all nations and for rich countries to assist developing countries fight against and recover from the pandemic.

The Global Times found that, during the UN session, the US did not give up their political narratives by pointing fingers at China and asserting it was because of the lack of transparency by China that led to the subsequent pandemic. An unnamed US official quoted by Reuters even called the UN meeting of world leaders on the COVID-19 pandemic a "stage for Chinese propaganda."

United Nations Secretary-General Antonio Guterres stressed at the Beijing Forum that the pandemic is a "wakeup call" to solve the ills - inequalities and divisions - facing the world, calling for a global "ceasefire" and getting back to the track of the Sustainable Development Goals.

Wu also warned of a more severe pandemic in winter and called for international collaboration on the pandemic, saying China's success in containing the virus cannot turn around the global pandemic. Effective anti-epidemic measures will work only when coordinated actions are taken by all, he stated.

With the theme "The harmony of civilizations and prosperity for all," the one-day meeting of the Beijing Forum on Saturday gathers some top experts, former governmental officials and representatives from international organizations online, including Guterres and Jerome Kim, the Director General of the International Vaccine Institute (IVI), and American economist Joseph Stiglitz.