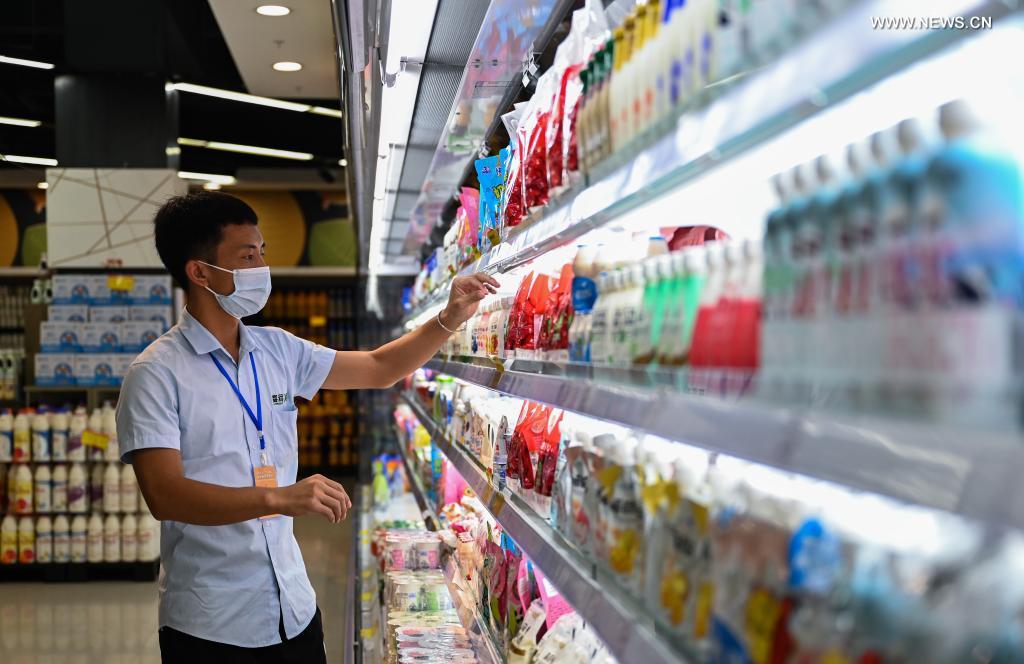 The country's retail sales of consumer goods totaled 3.49 trillion yuan (about $540 billion) in July, up 8.5 percent year on year, data from the National Bureau of Statistics (NBS) showed.

Retail sales in July were 7.2 percent higher than the level in July 2019. The two-year average growth was 3.6 percent.

In the Jan.-July period, retail sales surged 20.7 percent year on year, with the two-year average growth standing at 4.3 percent, according to the NBS.

In the first seven months, the catering industry saw a year-on-year increase of 42.3 percent in revenue, as the hardest-hit sector continued to recover from COVID-19 disruptions.