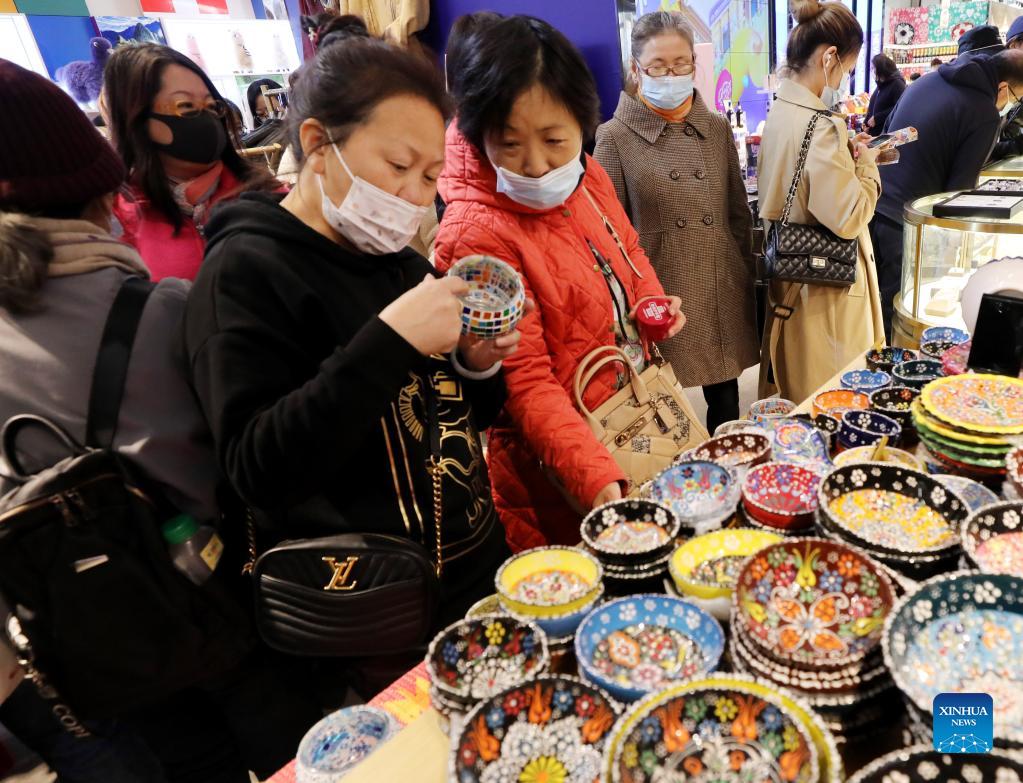 The country's retail sales of consumer goods totaled around 4.05 trillion yuan (about 633 billion U.S. dollars) in October, according to the NBS.

The figure increased by 9.4 percent from October 2019, putting the two-year average growth at 4.6 percent, said the NBS.

In the January-October period, China's total retail sales of consumer goods stood at 35.85 trillion yuan, up 14.9 percent year on year.