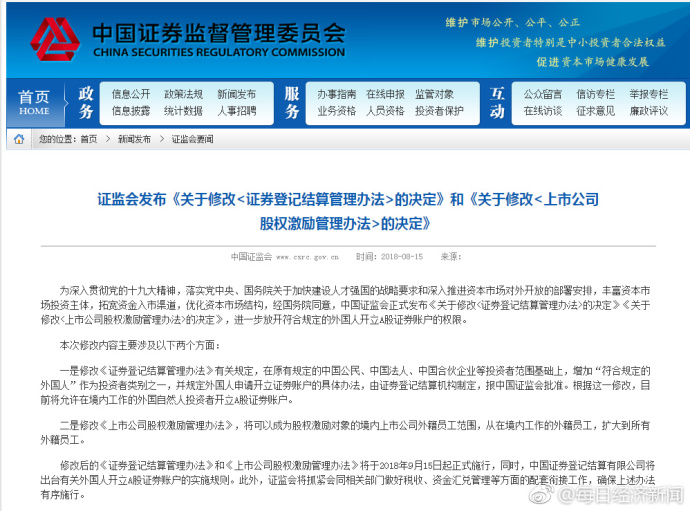 China‘s Securities Regulatory Commission has announced its revised regulations to further open the stock market to foreigners who work in China. Now they can set up their own A-share trading accounts, The Paper reported.

In addition, other than foreigners who work in China, foreigners who come from a country which has its securities regulators established a supervisory cooperation mechanism with the CSRC, may apply to open an A-share trading account.

Other than the application form, foreigners who are interested to open a A-share trading account should submit passport photocopies along with their passport, employment certificates issued by domestic companies and a copy of the business license or unified social credit code certificate of the company.

Foreign employees who work for Chinese companies across the border will also be eligible to enjoy equity incentives. Previously, only those who work inside China were able to enjoy this incentive.

The revised regulations will take effect on September 15.