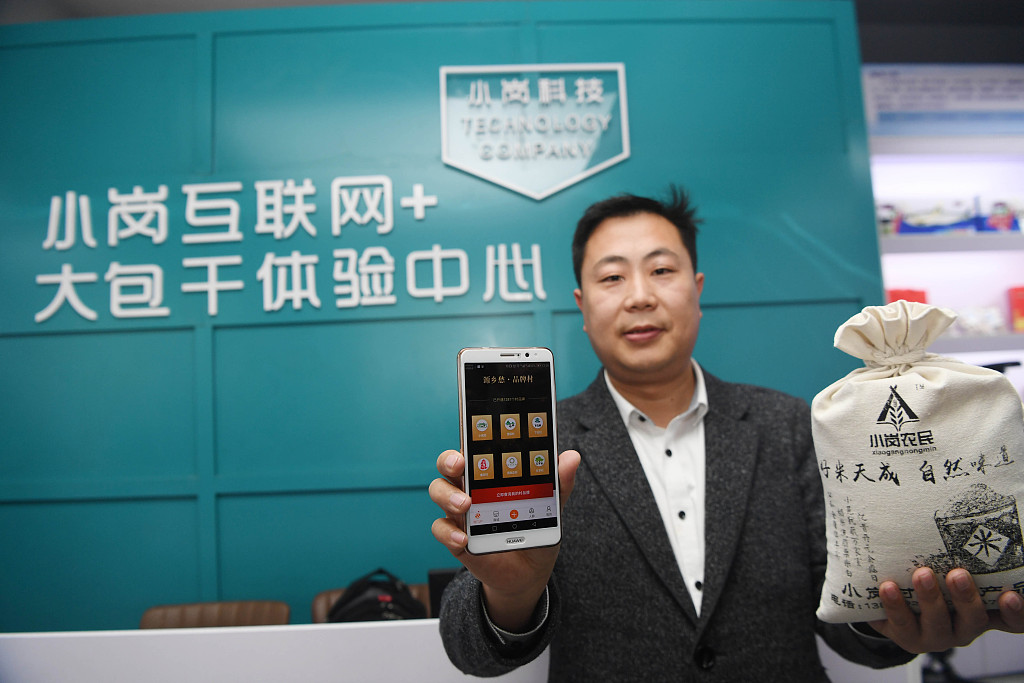 A staff at a local e-commerce company shows their platform and rice sold on the platform in Xiaogang village, Chuzhou, Anhui Province, April 13, 2018. (Photo: VCG)

Statistics indicate that the growth rate of digital spending on Alibaba's e-commerce platforms in rural areas reached 23.8 percent last year, 4.5 percent higher than that in first-tier cities of Beijing, Shanghai, Guangzhou and Shenzhen.

The huge consumption potential in rural areas would be turned into a major engine of growth as a result of the digital economy, more internet access and faster logistics, said the report.

Moreover, the internet will narrow the gap between the country's developed eastern regions and the less-developed remote areas.

The report suggests that digital consumption further drives the sales of agricultural products in rural areas as more farmers turn to live-streaming and other popular internet marketing tools to attract customers.

In 2018, state-level impoverished counties sold goods worth over 63 billion yuan (about $9.4 billion) on Alibaba's online shopping platforms, with the most popular hits being agricultural products.