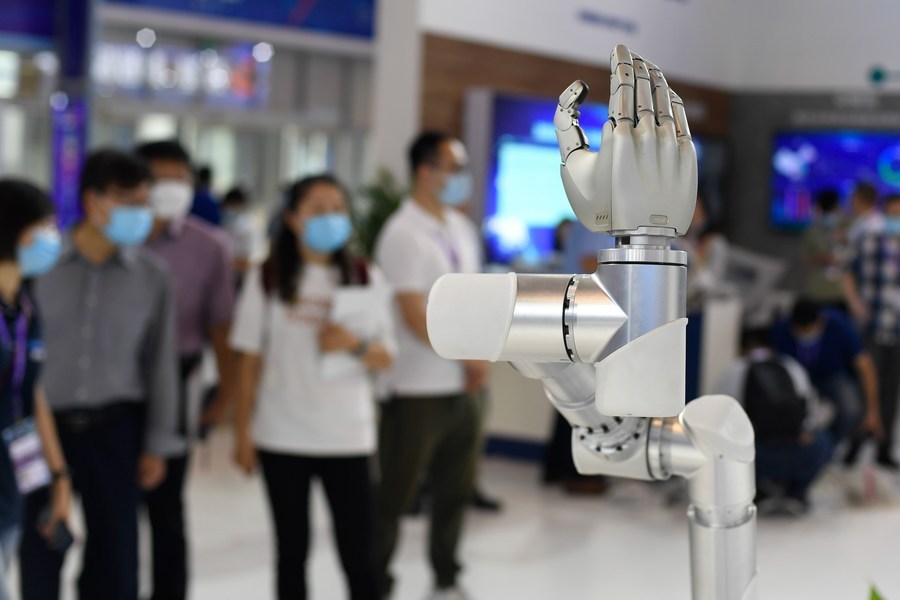 BEIJING, Oct. 20 (Xinhua) -- China has remained at the global forefront in terms of quantity of science and technology personnel during its 13th Five-Year Plan period (2016-2020), official figures showed on Tuesday.

Personnel in science and technology encompass those actually engaged in or with the potential to engage in the generation, advancement, dissemination, or application of scientific and technological knowledge. By the end of 2018, Chinese sci-tech talent had hit a total of 101 million individuals, according to a report from the China Association for Science and Technology (CAST).

Higher education is the most important way to train sci-tech personnel. In recent years, the number of Chinese graduates majoring in natural science or engineering has grown steadily. The gross enrollment rate of China's higher education rose from 40 percent in 2015 to 51.6 percent in 2019.

In addition, the quality of math and science education for primary and secondary school students is high, with nearly half of high school students choosing science, engineering, agronomy, or medicine as their undergraduate majors, read the report.

The Chinese professional sci-tech population is getting younger and more women are earning postgraduate degrees in the field. More than three-quarters of China's sci-tech personnel were below 39 years of age in 2018, and women accounted for over 50 percent of new sci-tech professionals at the postgraduate level.

Huang Yuanxi, an associate researcher at CAST, said China would continue to deepen the reform of its talent development system to increase the attractiveness of sci-tech jobs.