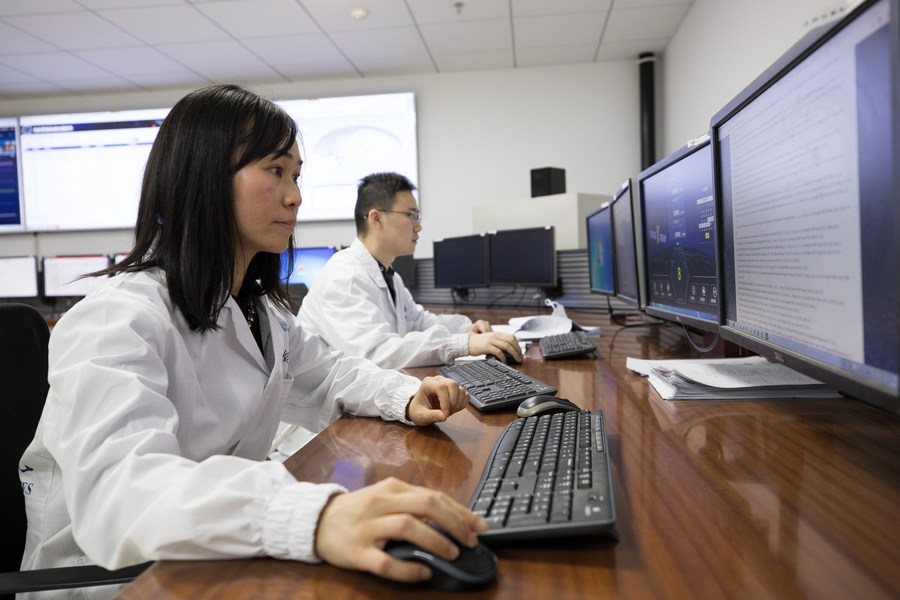 Scientists monitor the operation of China's Hard X-ray Modulation Telescope (HXMT) at the Institute of High Energy Physics under the Chinese Academy of Sciences in Beijing, capital of China, Feb. 18, 2021. [Photo/Xinhua]

The age structure of China's science and technology workers has decreased over the past decade, according to a report released on Saturday.

The China Association for Science and Technology (CAST) has released a report on the country's sci-tech human resources development in Changsha, Central China's Hunan province.

The proportion of female sci-tech talent grew rapidly from about 33 percent in 2005 to approximately 40 percent in 2019, according to the report.

By the end of 2020, China had more than 112.34 million people working in the sci-tech field, the report noted.