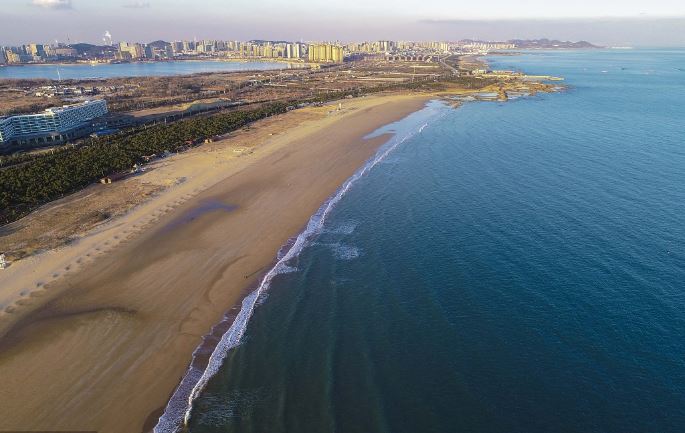 A bird's-eye view of a seashore in East China's Qingdao city. (Photo/VCG)

BEIJING, Dec. 25 (Xinhua) -- China has seen general improvement of its seawater quality, but parts of the close inshore areas are seriously polluted, according to a report submitted on Monday for review at a bimonthly session of the National People's Congress (NPC) Standing Committee.

The quality of marine sediment is generally good, and the area of seawater unsuitable for human contact has dropped continuously for five years, said the report by the NPC's law enforcement inspection team.

However, around 10 percent of the country's gulf areas are seriously polluted and the ecological systems in some areas along the coastline have seen serious damage or degradation, it said.

The report blamed incomplete long-term protection mechanisms and weak law enforcement supervision for inshore pollution and suggested that more efforts be made to ensure around 70 percent of inshore seawater are at excellent or fine levels by 2020.

It also advised authorities to further regulate pollution sources on the land and step up restoration of marine ecology, demolishing projects and facilities built within protection red line zones and enforcing the most strict control on sea reclamation and the use of national land space.