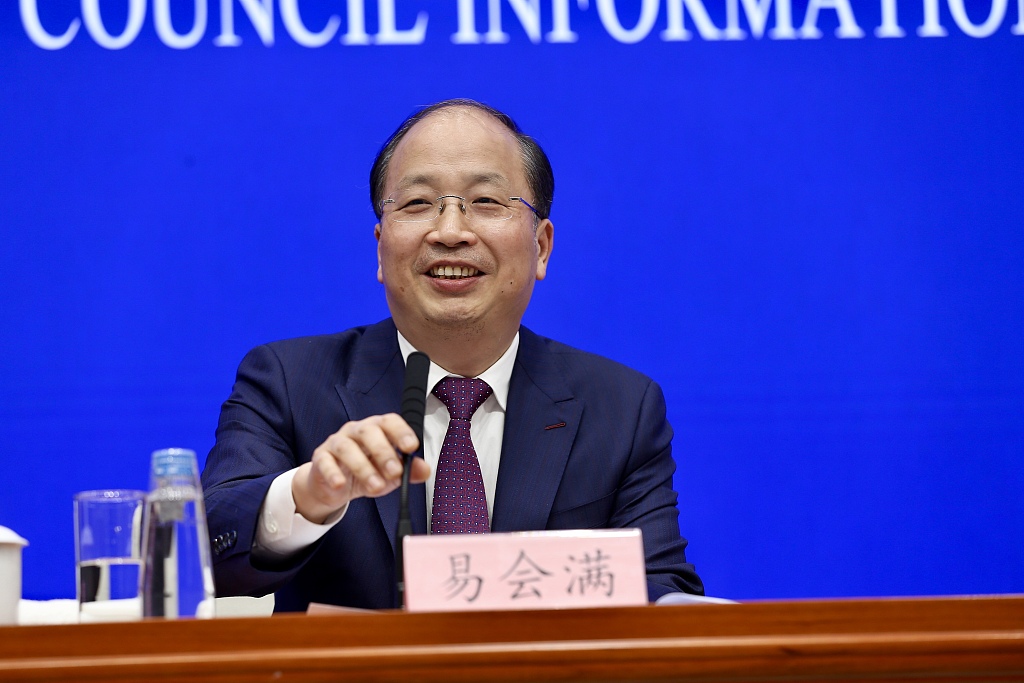 The tech board will ease the listing criteria, such as allowing firms that have yet to make a profit to list, but will also adopt higher requirements for information disclosure, Fang Xinghai, vice chairman of the China Securities Regulatory Commission (CSRC), told a press conference.

Fang said the new board would follow a market-based approach to determine the prices, scale, market value and pace of new initial public offerings (IPO).

Institutional investors will be allowed to participate in the inquiry and price fixing of new IPOs, he said.

The new board will be launched on the Shanghai Stock Exchange (SSE) and experiment with registration-based IPOs. First proposed in November 2018 and approved in late January, it has since been pushed forward at full speed.

The establishment of the board is of great significance in promoting technological innovation, high-quality development of the economy and market-oriented reform of the capital market, Yi Huiman, newly-appointed chairman of the CSRC, said at the conference.

It will also help accelerate the initiative to build Shanghai into an international financial center, Yi said.

Preparation work for the new board has been in full swing, and the regulator will continue efforts to improve relevant supporting measures and risk response plans to ensure the steady launch of the board, Yi said.

The new board will have strict IPO standards and certain procedures and will not be flooded by listed firms, Li Chao, also CSRC vice chairman, said at the conference.

Huang Hongyuan, chairman of the SSE, said there are "a proper quantity" of companies eligible for listing on the tech board.

Most of the potential firms are located in regions with clusters of technology firms, including Beijing, the Yangtze River Delta and the Pearl River Delta, and are in such industries as new-generation information technology, biopharmaceuticals, high-end manufacturing and new materials, according to Huang.

"These companies all make relatively large investments in research and development and have relatively good prospects of future growth," he said.

The officials did not provide a timetable for the launch of the board. Previously, Shi Donghui, head of the capital market research center with SSE, said the new board is likely to be rolled out as soon as the first half of this year.