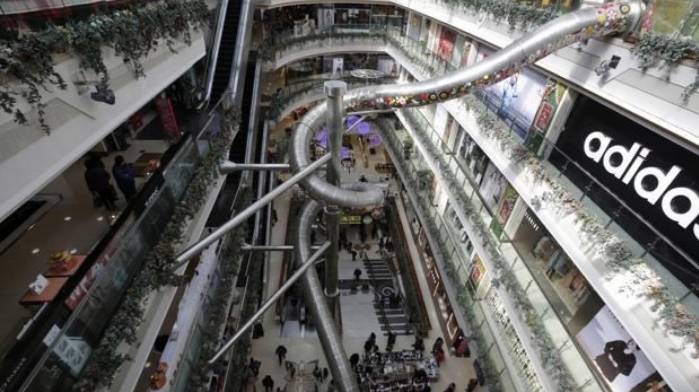 Growth in China’s service sector accelerated in June to a four-month high, buoyed by a pickup in new businesses and a sustained increase in employment, a private survey showed on Wednesday.

However, respondents were less upbeat than in May - when they were the most optimistic in 11 months - about the business outlook for the year ahead. The level of optimism was below historical trends, weighed down by intensified inflationary pressure.

For June, the Caixin/Markit services purchasing managers’ index (PMI) rose to 53.9, the highest in four months, from May’s 52.9. This indicated accelerating expansion, albeit softer than historical trends. The 50-mark separates growth from contraction.

The findings were largely in line with those of an official gauge of the non-manufacturing sector released on Saturday, which showed the services PMI rising slightly in June.

China is banking on a stronger services sector to offset a smaller contribution from heavy industry and fixed asset investment as policymakers extend a multi-year campaign to crack down on risks, and look to emphasize more sustainable economic growth.

A solid services sector is also important for generating jobs as factories become more automated and the government aims to stop industrial overcapacity, which makes some employees out of work.

The services sector already accounts for more than half of China’s economy, with rising wages giving its consumers more spending power at home and abroad.

The employment sub-index in Wednesday’s Caixin PMI rose to 51.7 in June, the highest in 10 months, while growth in new business also picked up modestly from May.

Input costs rose at the fastest pace in four months, with companies citing higher prices for raw materials, transportation and staff. As a result, firms hiked prices charged to protect their operating margins.

Caixin’s composite PMI covering both the manufacturing and services sectors showed a similar pattern of stronger growth, also rising to a four-month high in June, at 53.0, from the previous month’s 52.3.

“The index of expectations regarding future output fell, suggesting less optimism across the manufacturing and service sectors, said CEBM’s Zhong.