China's service trade deficit may expand in next few years 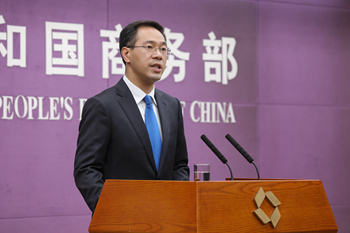 China's deficit of trade in services is expected to expand in the next few years due to the country's industrial and consumption upgrades, an official said Thursday.

The service trade deficit may begin to shrink "only after it reaches a certain level," Gao Feng, spokesperson for the Ministry of Commerce said at a press conference.

China's service trade deficit has seen a rising trend in recent years. Last year, the deficit was 1.62 trillion yuan (about 253 billion US dollars).

In the first four months of this year, China's service trade deficit stood at 88.24 billion dollars. Although the figure for the first five months is yet to be released, it is expected to surpass goods trade surplus of 99.67 billion dollars for the January-May period.

"Judging from international experience, it is a general law for large manufacturing nations to see service trade deficits in the process of transformation," Gao said.

The deficit is the result of China's industrial transformation and upgrading of residential consumption, he said.

As the economy enters the phase of high-quality development, China also has a growing appetite for quality service products, Gao added.

China is seeing expansion in service trade deficit in many sectors, including intellectual property rights, showing both the country's large market potential and the large gap in the service sector's competitiveness between China and developed nations, he said.

In the future, China will take measures to push for healthy growth of service trade to seek not only larger volume, but better structure and greater competitiveness, Gao said.