China's service trade mounted to a new high in the first half (H1) of this year as the government has made more efforts to further bolster and open up the service sector. 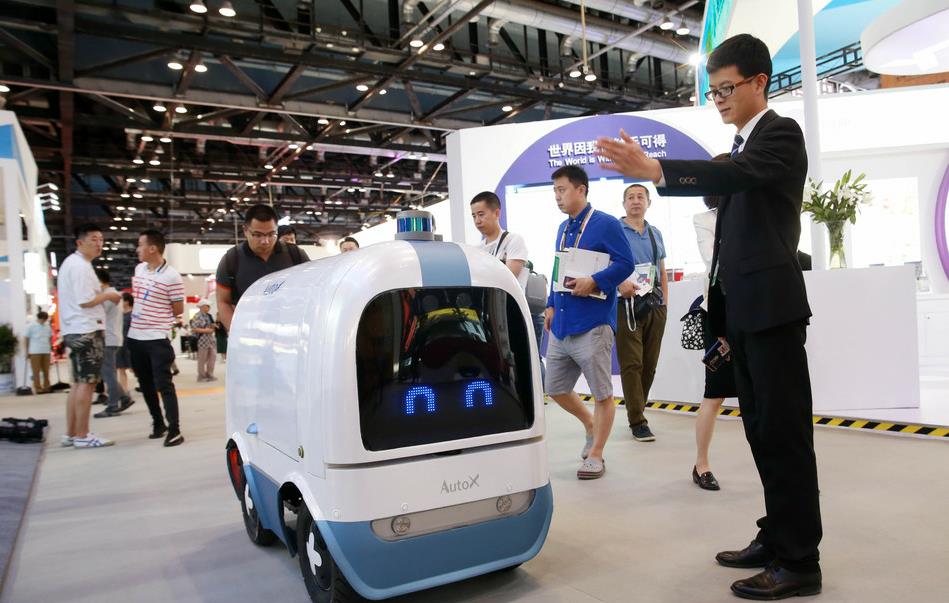 An express delivery vehicle shows on the fifth International Service and Trade Fair in the National Conference Center in Beijing on May 29, 2018. (Photo: IC)

It was the first time in eight years China has seen a decrease in service trade deficit in half-year data.

MOC official Li Yuan attributed the shrinking deficit to a rapidly-growing service sector, policy support from the government, and increasing exports of emerging services, such as telecom and insurance.

Despite the retreat, Li predicts the deficit will continue to grow in the coming years, as the Chinese continue to have a huge demand for overseas trips and education, and will finally cap in 2025.

Trade in services refers to the sale and delivery of intangible products such as transportation, tourism, telecommunications, construction, advertising, computing, and accounting.

China has taken steps to improve the development of trade in services, including gradually opening up the finance, education, culture, and medical treatment sectors.

The service trade expansion has outpaced the growth rates in goods trade, the value added in the service sector, and GDP in the same period. Service trade accounted for 15.2 percent of China's total foreign trade in the first six months, up 0.1 percentage point year on year.

Exports of emerging services jumped 23.6 percent in H1 to 440.2 billion yuan and accounted for more than half of the total service exports.