China's service trade maintained robust growth in the first five months of this year as the government has channeled more energy into opening the service sector.

The Ministry of Commerce (MOC) said Thursday the country's service trade rose 12 percent year on year to stand at 2.1 trillion yuan (nearly 320 billion US dollars) in the January-May period. 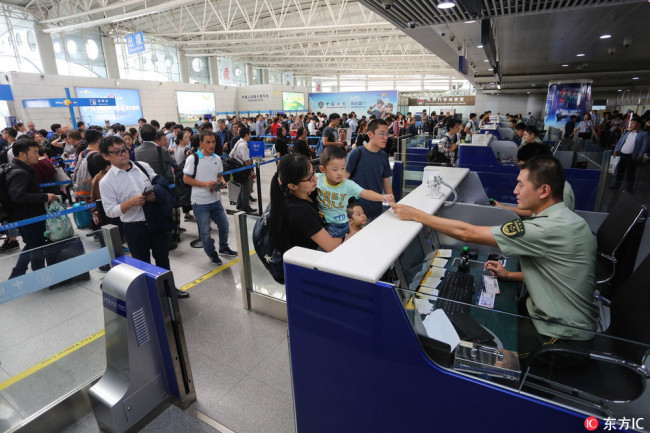 A family traveling overseas go through customs clearance at a border inspection post at an airport. (Photo: IC)

Trade in services refers to the sale and delivery of intangible products such as transportation, tourism, telecommunications, construction, advertising, computing and accounting.

The MOC said the growth rates hit new highs this year and outpaced the expansion of goods trade during the same time. China's service trade accounted for 15.3 percent of the total foreign trade in the first five months, up 0.7 percentage point from a year ago.

Seventeen regions, including Beijing, started to deepen a pilot program from July 1 this year to June 30, 2020 to promote innovative development of service trade. The program was first rolled out by the State Council in 2016.

A series of new opening-up measures were piloted in the regions, covering telecommunications, tourism, engineering consulting, finance and legal services.